Studying abroad can be about facing your fears and polishing your skills, but it can also be about fun things like singing karaoke and eating Fischbrötchen on a Sunday morning at the harbour. 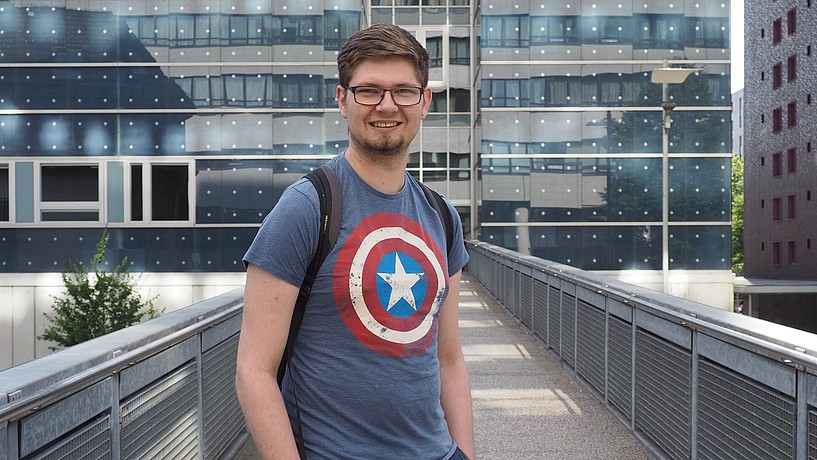 Studying abroad can be about facing your fears and polishing your skills, and that was exactly the experience Robert Jarrett, maths and German major at the University of Hertfordshire, had when he came to study for a year as an exchange student at HAW Hamburg. The first challenge was which classes to take. 'My university suggested I go to a partner university in Madrid or Istanbul, because I could study maths there, but with my second major in German, it just made more sense to go to Hamburg,' he explained. But choosing Hamburg meant taking engineering maths classes, as HAW Hamburg does not offer degrees in mathematics. He admits he was a bit apprehensive about this, having never studied engineering before. 'I decided to reduce the risk by taking engineering classes in English, rather than German, and I am not going to lie; it still wasn’t easy. On the one hand I enjoyed it, but it made me realise how much I love pure maths,' he adds, laughing. He also took the classes Intercultural Competence and Economics and Management. 'In Economics and Management we had to develop a business plan as part of a project and that was really interesting. I wouldn’t have been able to take those kind of classes at home, so they were definitely my favourite classes.'

Improving his language skills was the main reason to study abroad. Robert had taken German for seven years at school, where he says he had a really good teacher, who encouraged his love for the language. He continued to study German at university, but he knew that wasn’t going to be enough. 'There is only so much you can achieve in a classroom. If you really want to speak a language well, you need to live in the country and increase your vocabulary by talking to people.'

He describes himself as someone who was shy in German class, but coming to Hamburg has made him more confident about speaking to people. 'I don’t care now if I make mistakes, because you have to keep trying to get better.' And the proof of the pudding is in the tasting, as the saying goes. In his second semester he pushed himself that little bit more by taking an algebra class in German. 'I was the only exchange student in the class, but I made friends with Taraneh, a student from Iran. We study together and speak German most of the time. I was really pleased that I could do this after just one semester in Hamburg,' he says, smiling.