Engineering student Feiyu Lu chose to spend a year in Germany, studying at the HAW Hamburg and getting practical work experience by interning at the Fraunhofer Institute. She did this with a travel stipend from UAS7. 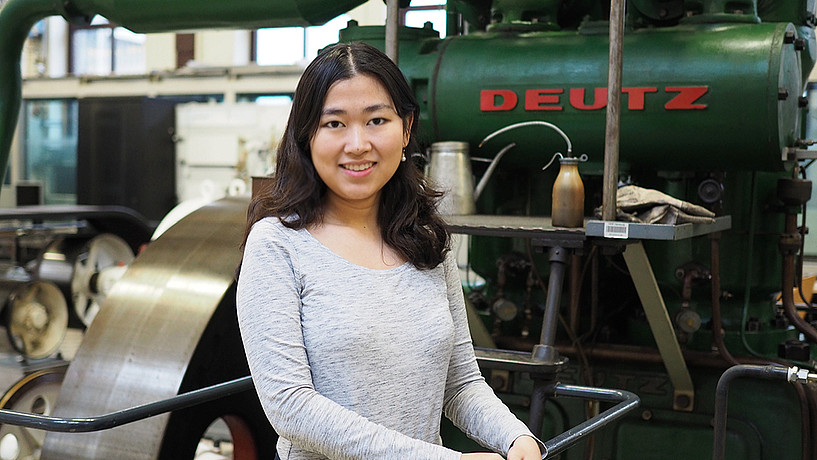 From China to the United States to Germany – at 21 Feiyu Lu is already quite the global citizen. Her international life started at age 16 when she moved from China to the United States to complete her high school education. Her motivation was to improve her English and to see if she would like to live in America for a longer period of time. 'I put this to the test by choosing two very different locations. I spent one year in New Mexico, where it was hot with a desert climate, and one in Ohio, where it was cold with a lot of snow,' she says, laughing. In her application for the UAS7 Study and Internship Programme (SIP), she wrote that the experience taught her to respect and embrace different cultures and values and to adapt to new environments.

After high school she applied to study at Virginia Tech in Blacksburg because of its strong focus on engineering and also on study-abroad programmes, though going abroad wasn’t her intention at the time. She became a Global Ambassador at the Cranwell International Center, helping to organise events for new international students, and also initiated a Foreign Language Tandem programme to encourage Virginia Tech students to learn a language. Her own interest in Germany and the German language was developed through a friendship with a German girl in high school. 'We started by teaching each other words in Chinese and German. She was very kind and gave me the idea that Germans are nice people. She lives in Berlin now and we are still in touch.' Feiyu is taking German as a minor at Virginia Tech, and it was through her German professor that she heard about UAS7 and SIP. 'I also met a HAW Hamburg student who was doing an exchange semester in Blacksburg and he said lots of good things about the city. That was when I started thinking that study abroad would be a great way to improve my German.'