Improving his communication skills while studying abroad in Hamburg in 2010 was one of the key factors for Joey Mason's business success after graduating from California State University, Long Beach in 2013. As CTO of his own startup, Repost Network, in 2019 he was named as one of the Forbes “30 Under 30” for his work in the music industry. Today he is Director of Engineering at SoundCloud. 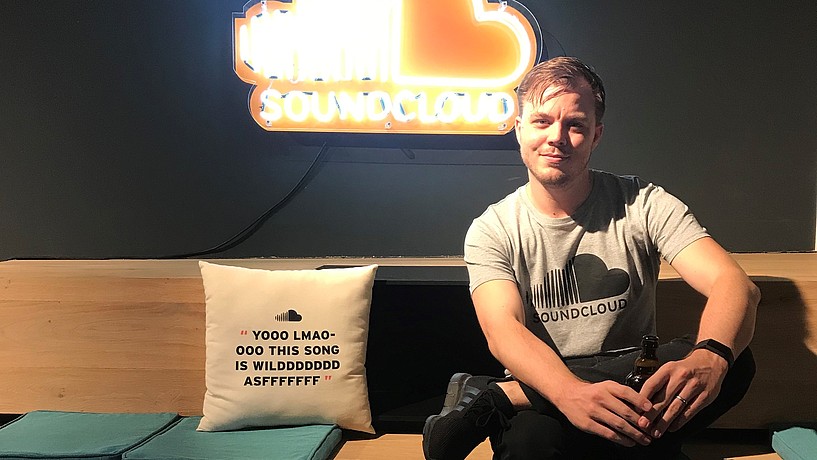 Back in 2010, Joey Mason was a rare specimen. Our university-wide partnership with California State University, Long Beach (CSULB) was still very new and he was the first computer science major to study abroad at HAW Hamburg. Not many computer science students study abroad (they still don’t), but maybe they should. For Joey it was a major step outside of his comfort zone, but the communication skills he learned then set him up for a very successful career as the CTO of his own startup, Repost Network. So successful, that in 2019 he was named as one of the Forbes “30 Under 30” for his work in the music industry. Today he is Director of Engineering at SoundCloud.

“Even as a computer science student, my ultimate goal was always to be a startup founder. To do that, I knew that I would need to become a solid engineer and that I would need to network. So, while I was at college, I aggressively pursued work experience. I found that, in general, if you have a good attitude and are able to learn, companies will take a chance on you. I managed to do four different internships, with my final internship at DirecTV becoming a full-time job when I graduated. Working at DirecTV helped me get a job at the LA-based startup, FreedomPop. Back then, the development team there was only made up of six or seven people, so I learned a ton. In my free time, I continued to learn and network and eventually, I was able to co-found Repost Network in 2015, two years after graduating.

For the next four years I served as the CTO and helped build Repost into a very successful music distributor. The problem-solving skills I learned from getting an engineering degree are by far the most valuable skills I learned in college. Once you train your mind to think like an engineer, a lot of the problems you encounter in the workforce become easier. In 2019 I was awarded the accolade Forbes “30 Under 30”, which was a huge honor and very humbling. In 2019, the company was acquired by the Berlin-based music streaming service, SoundCloud. I'm the head of product and engineering for the Creator Services department. We build tools and services that help creators make a living on and off SoundCloud. I was hired obviously because of the acquisition but the skills that have served me well are my product and engineering skills, as well as soft skills like communication and collaboration.

The most important thing about studying abroad for me was being totally immersed in a new culture. Having spent all of my life in California up to that point, being in Hamburg was a really eye-opening experience. It forced me to get out of my bubble, so to speak. I've always been interested in Germany and then as a Computer Science major I wanted to study at a German institution because Germany's reputation for engineering is strong. I learned some technical skills through my engineering courses in Hamburg, but more importantly I learned how to communicate better with people from different cultural backgrounds. And I think I learned how to be comfortable when out of my comfort zone, which is especially important if you are traveling a lot. To my delight, as Director of Engineering at SoundCloud, I am often in Berlin for work and have lots of German colleagues. Studying abroad was the highlight of my college experience. I made so many great friends and had so much fun. I wouldn't be who I am or where I am today without having spent a semester in Hamburg.”