During a 14-day trip to Vietnam, Svenja Henseleit, coordinator of the DAAD-funded HaMoNee project, visited four partner universities in Hanoi and Ho Chi Minh City. She obtained an overview of current dynamics in the country and attended a DAAD alumni meeting in Ho Chi Minh City. Because the project started in the middle of the pandemic and all previous meetings could only take place online, the lifting of travel restrictions provided the first opportunity to visit the country in person since the project began. 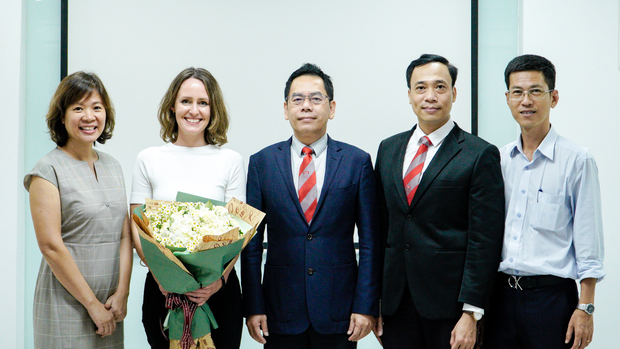 The main focus of the trip was to discuss current and future project components with the project partners. Foremost among these are student and instructor exchanges, which will be expanded to include actual travel now that in-person teaching is taking place again. For example, four students from the Hanoi University of Science and Technology (HUST) were nominated for the first time to spend the upcoming winter semester in the Department of Automotive and Aeronautical Engineering, and receive an accompanying full scholarship. HAW Hamburg students can also apply until 15 June for an exchange stay – and a full scholarship – in Hanoi or Ho Chi Minh City. The scholarships are granted by the German Academic Exchange Service (DAAD) with funding from the Federal Ministry of Education and Research. University-wide cooperation agreements were also signed with HUST and the Ho Chi Minh City University of Technology (HUTECH). 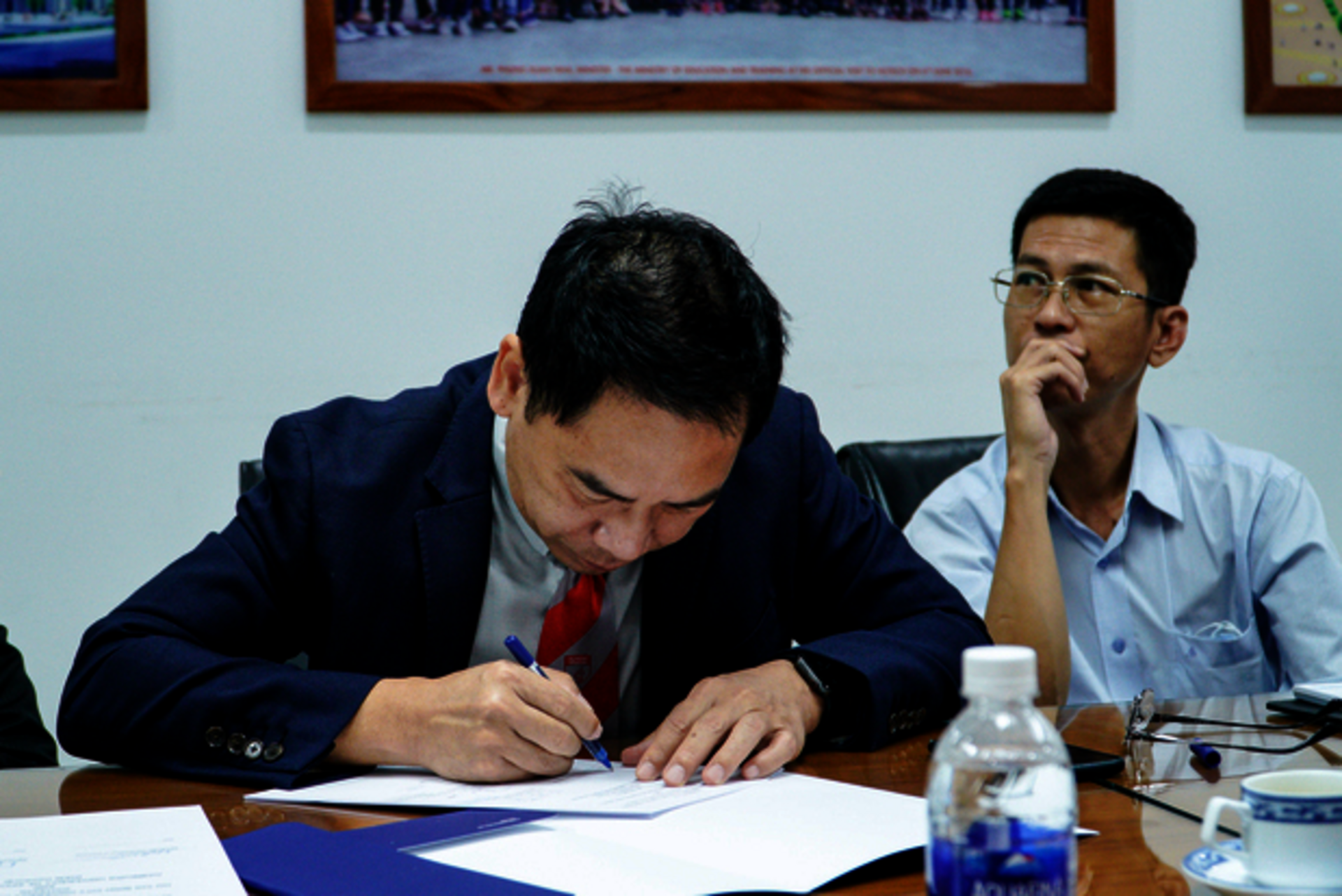 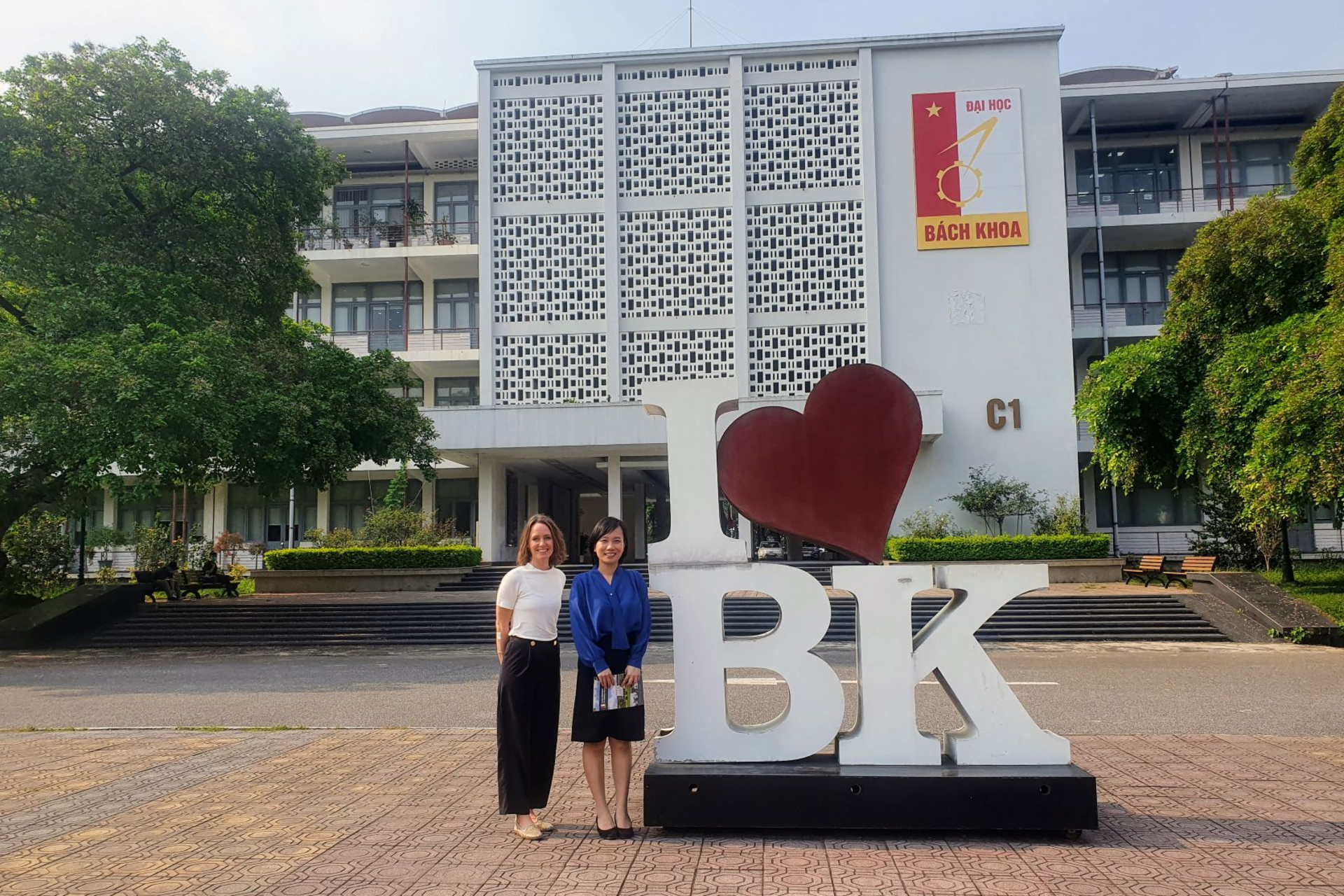 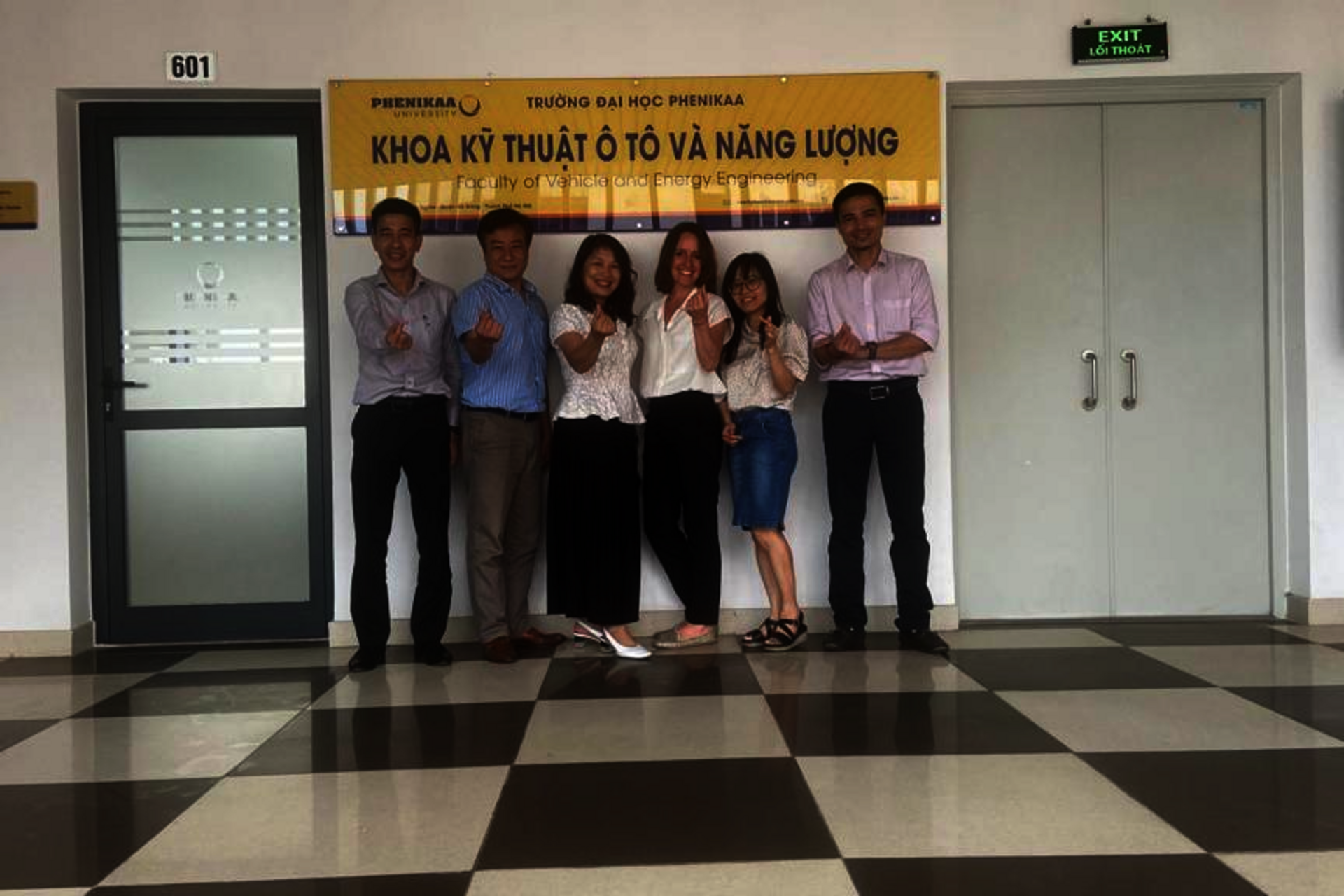 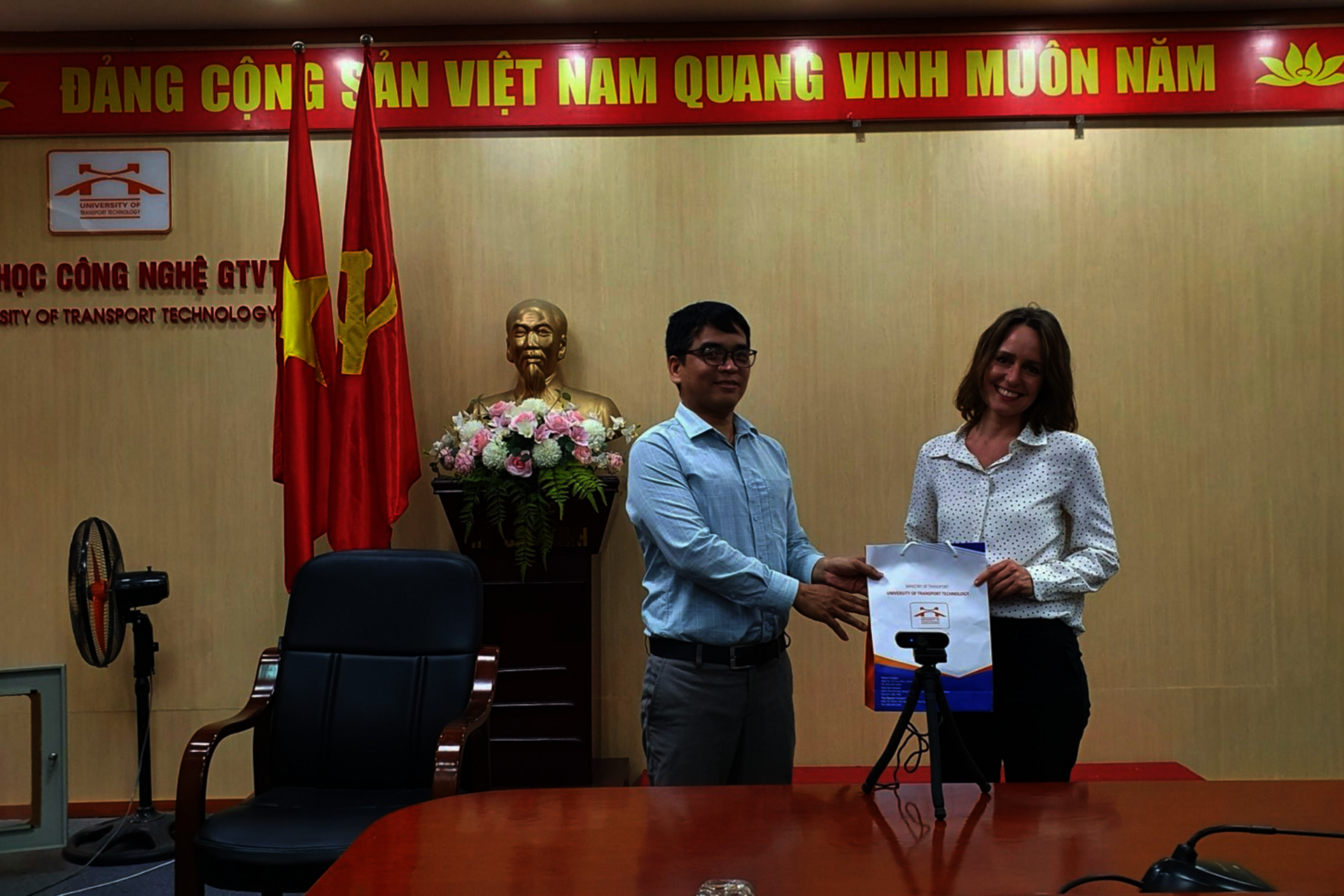 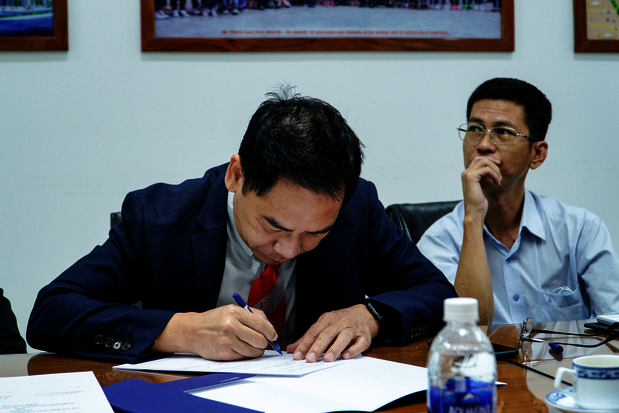 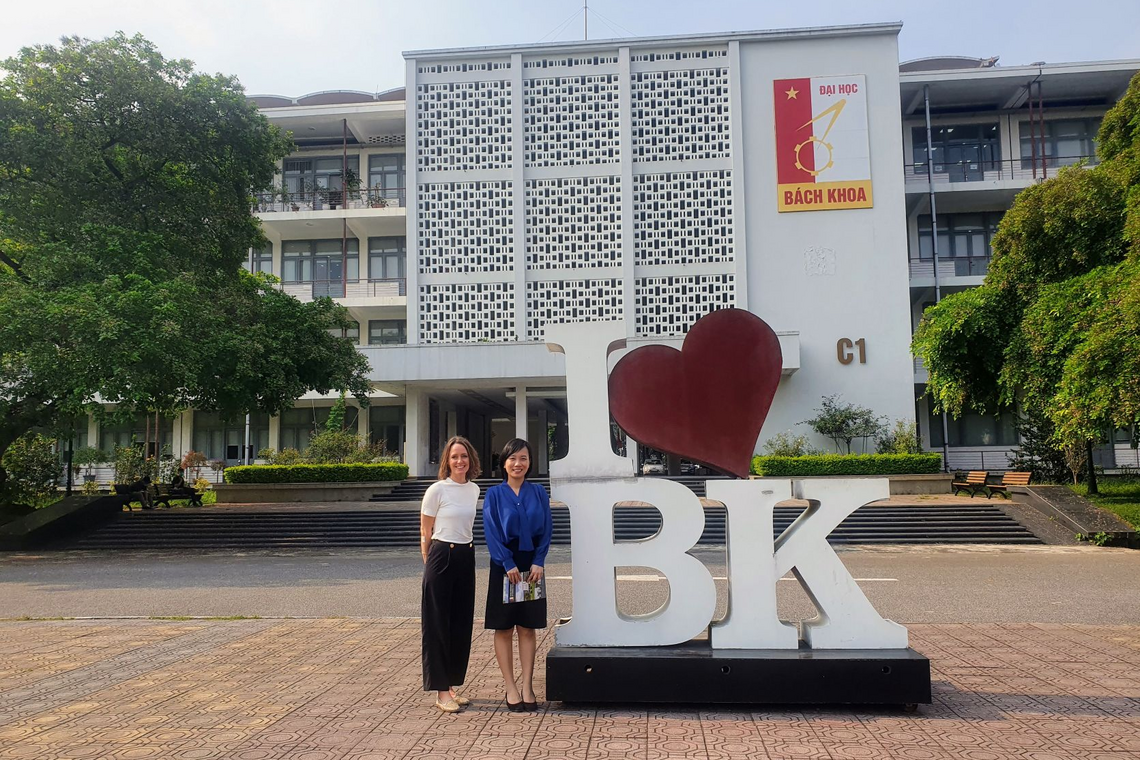 Visit to Hanoi University of Science and Technology (HUST) 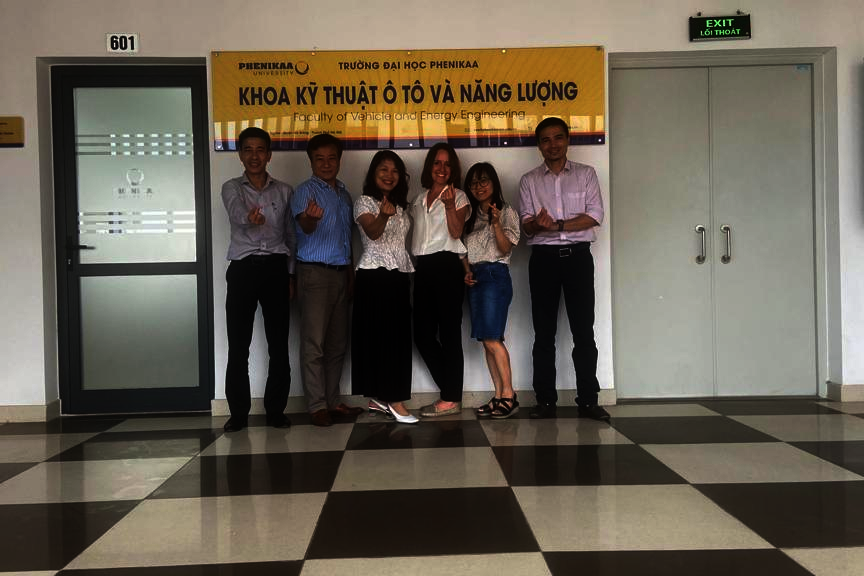 Visit to Phenikaa University Faculty of Vehicle and Energy Engineering 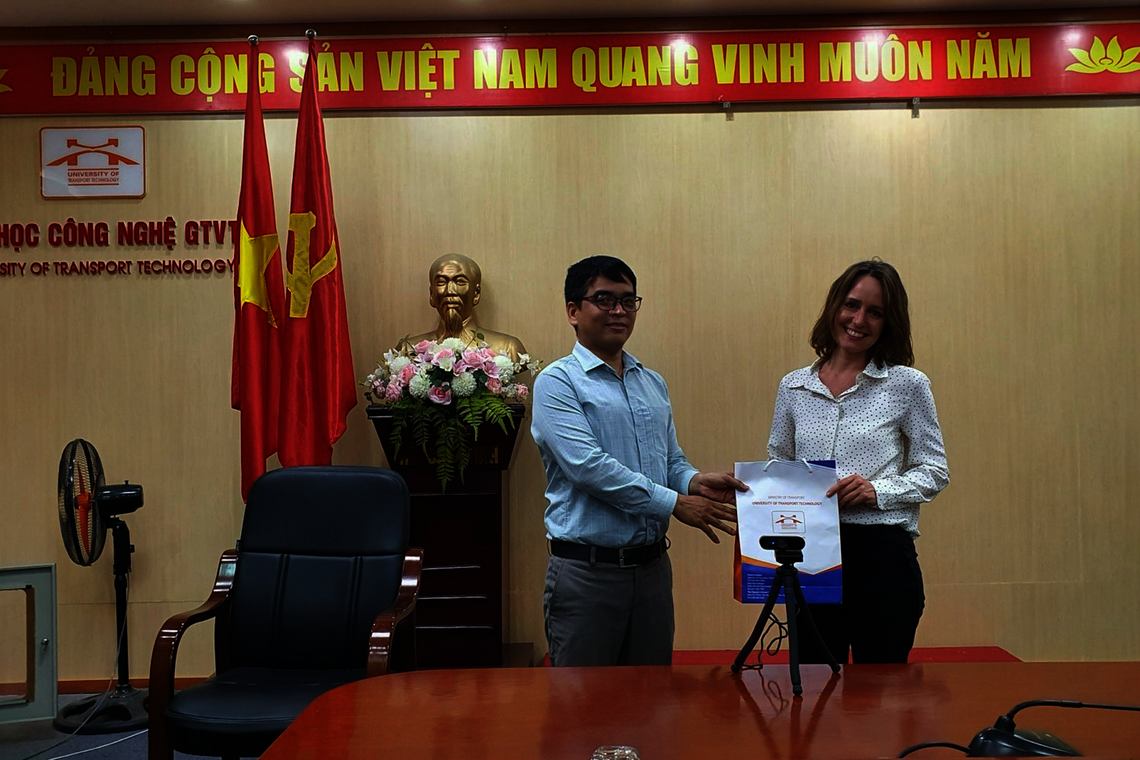 Visit to the University of Transport Technology
PreviousNext

While they emphasised the central importance and value of actual travel and experience abroad, the project partners were also in favour of continuing the virtual and hybrid formats developed over the last few semesters. This will allow students who are not able to complete a longer stay abroad for personal or work-related reasons to experience the partner universities' teaching offers, including new tools, and thus expand and enrich their own studies. Guest instructors can also be incorporated into online formats more flexibly – for example, the online guest lectures held by Prof. Dr. Dirk Engel this semester as part of a course at HUST.

Digitally supported collaborative research and study projects as well as digital formats for preparing for and wrapping up stays are also under development or have been partially implemented. These are not just subject-related, but also include intercultural and linguistic offers. For example, the Vietnamese courses for HAW Hamburg students, which have met with great interest from across the university and will be continued as a result. The project team also recently hired a tour guide in Hanoi who led HAW Hamburg students through the old quarter of the city via livestream as part of the university's International Days event. This not only gave the students an impression of everyday life in the historical trade, market and residential neigbourhood and of the architecture of the famed 'tube houses', but also conveyed interesting information about traditional values, people's lives and the current challenges facing the neighbourhood and its residents. 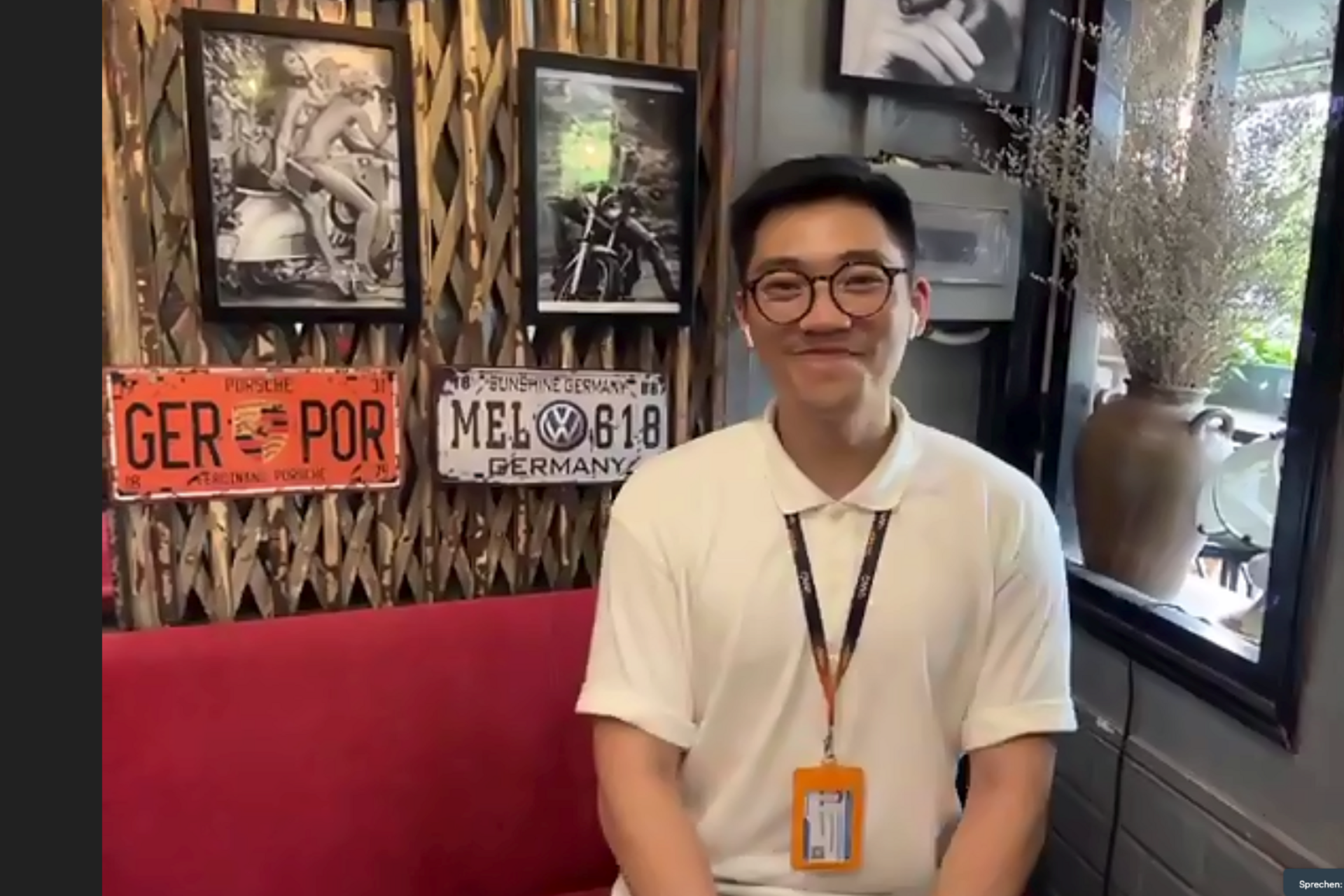 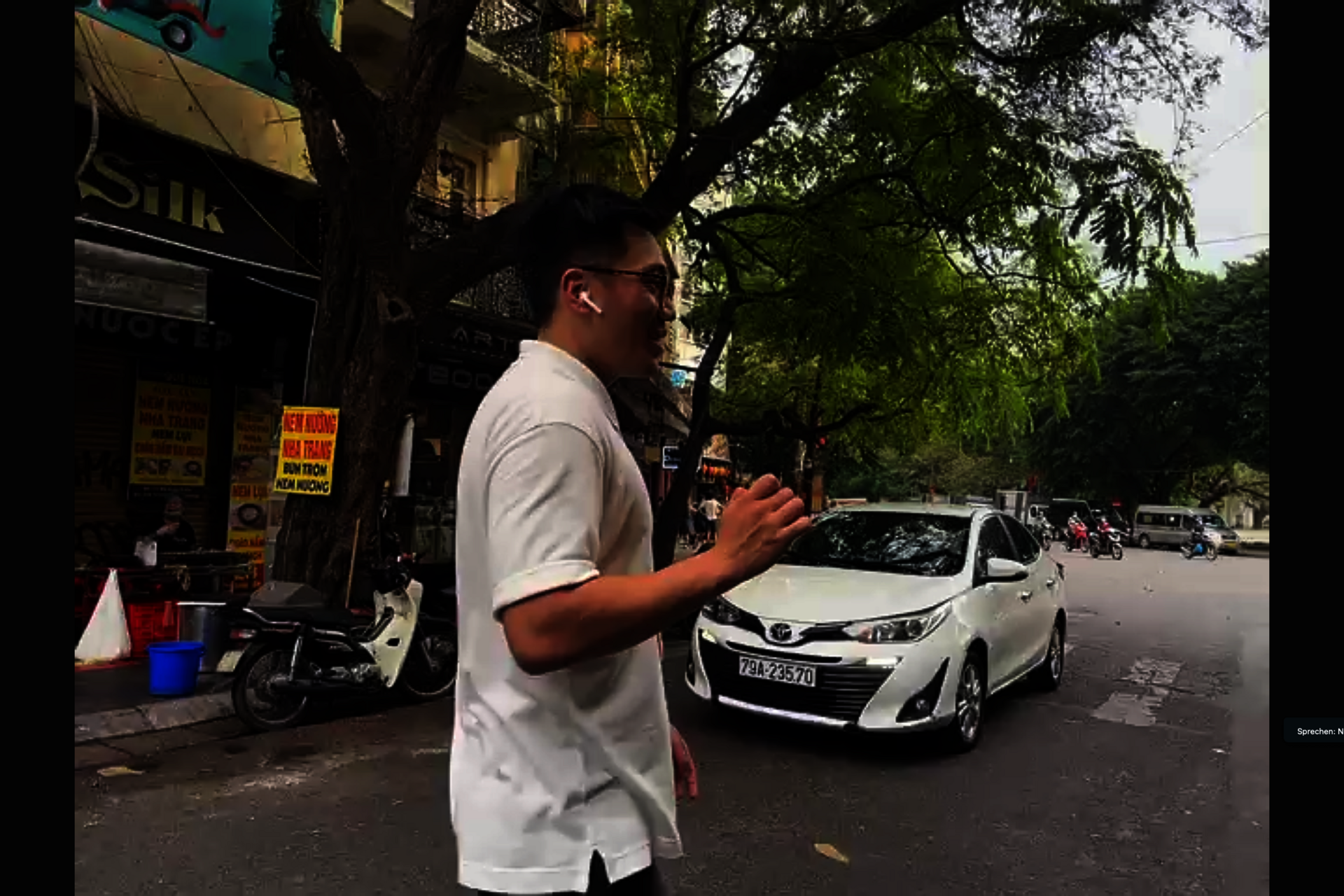 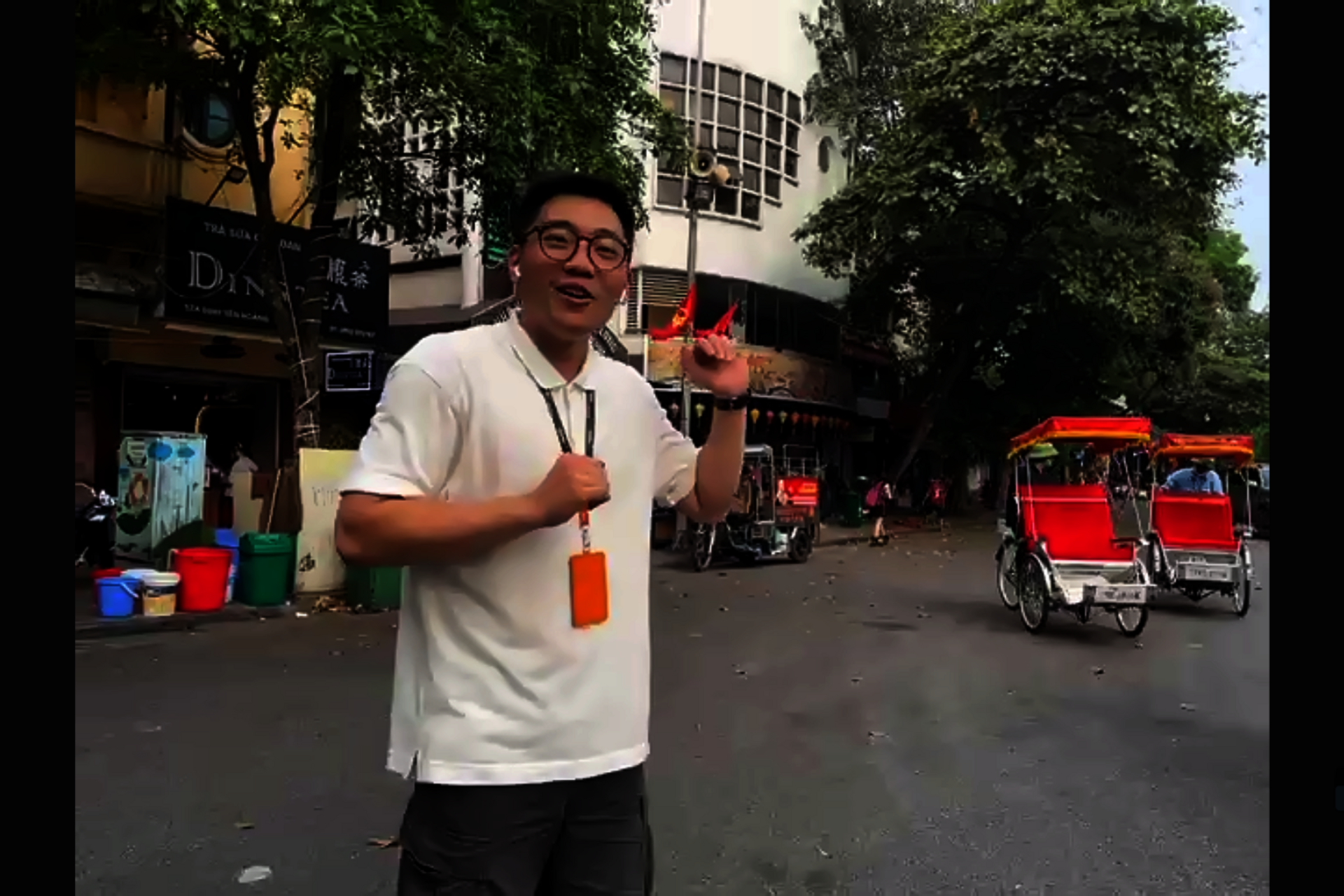 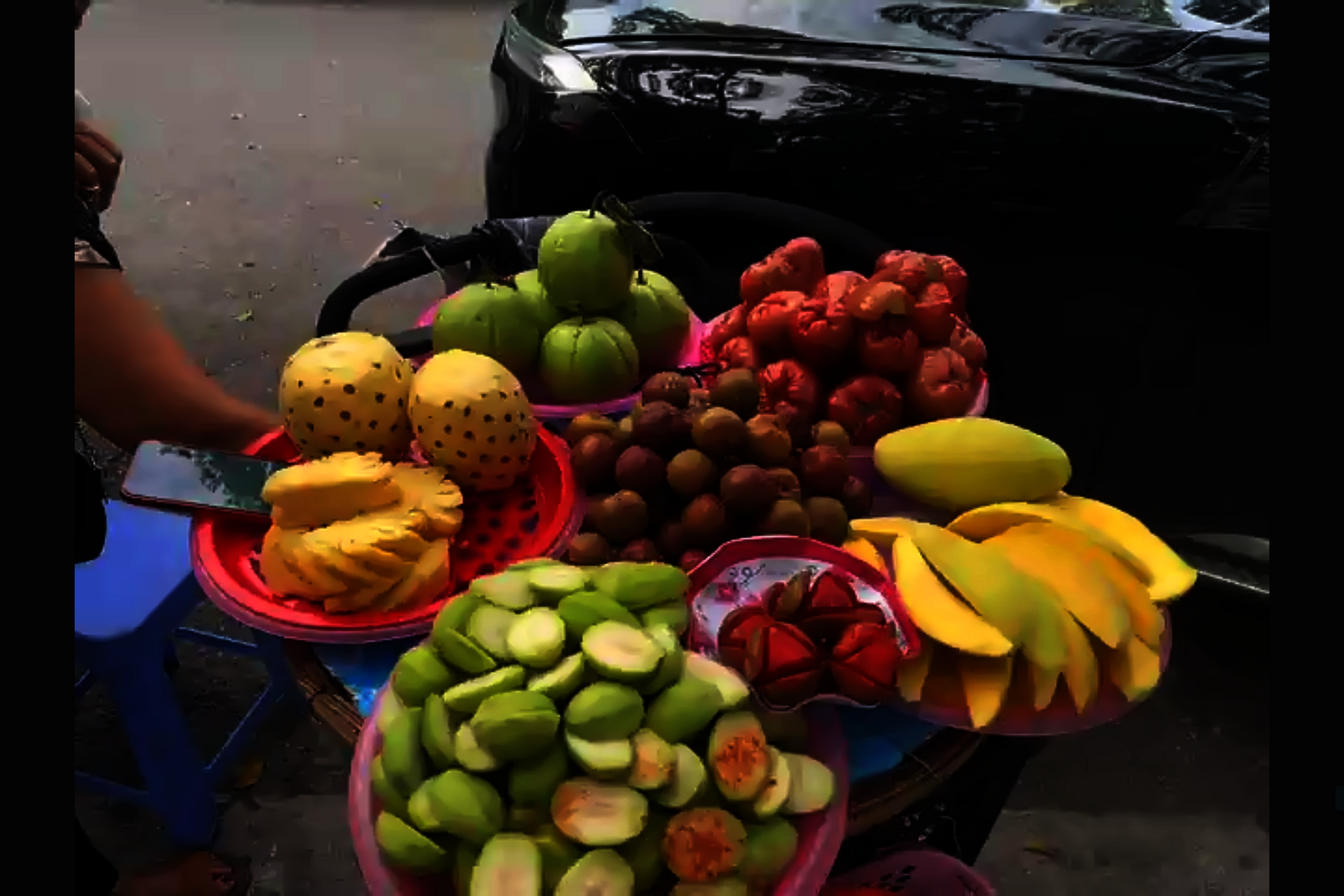 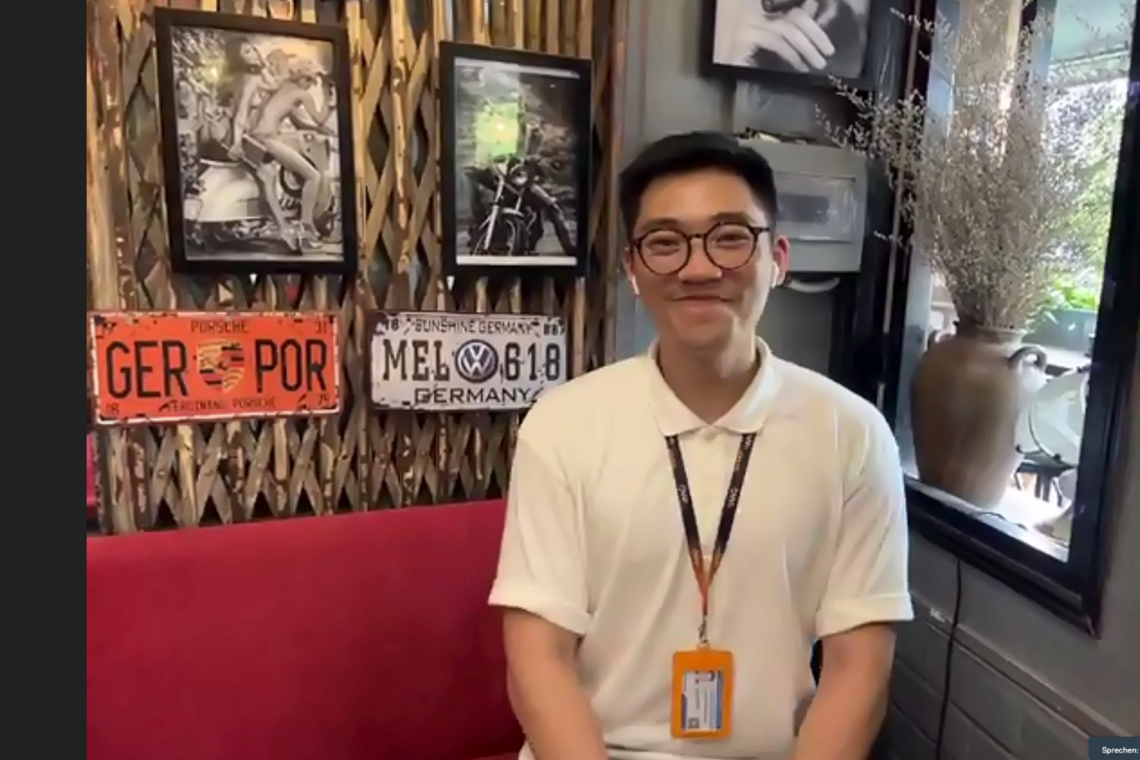 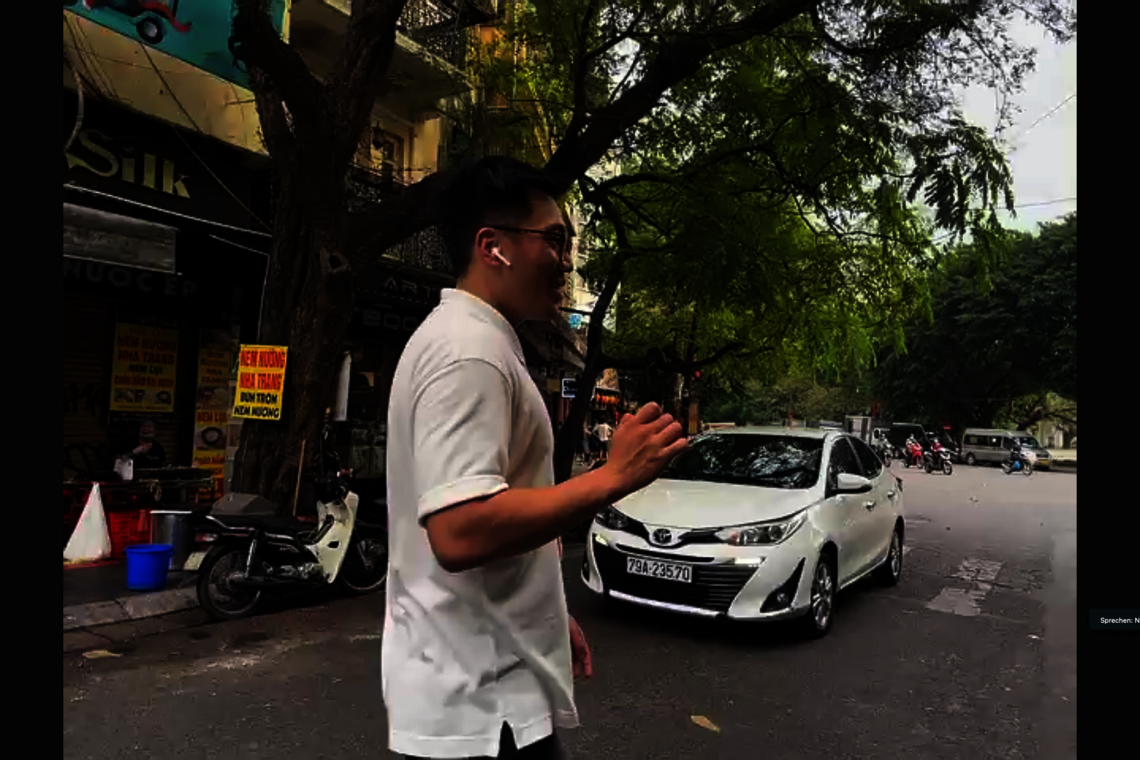 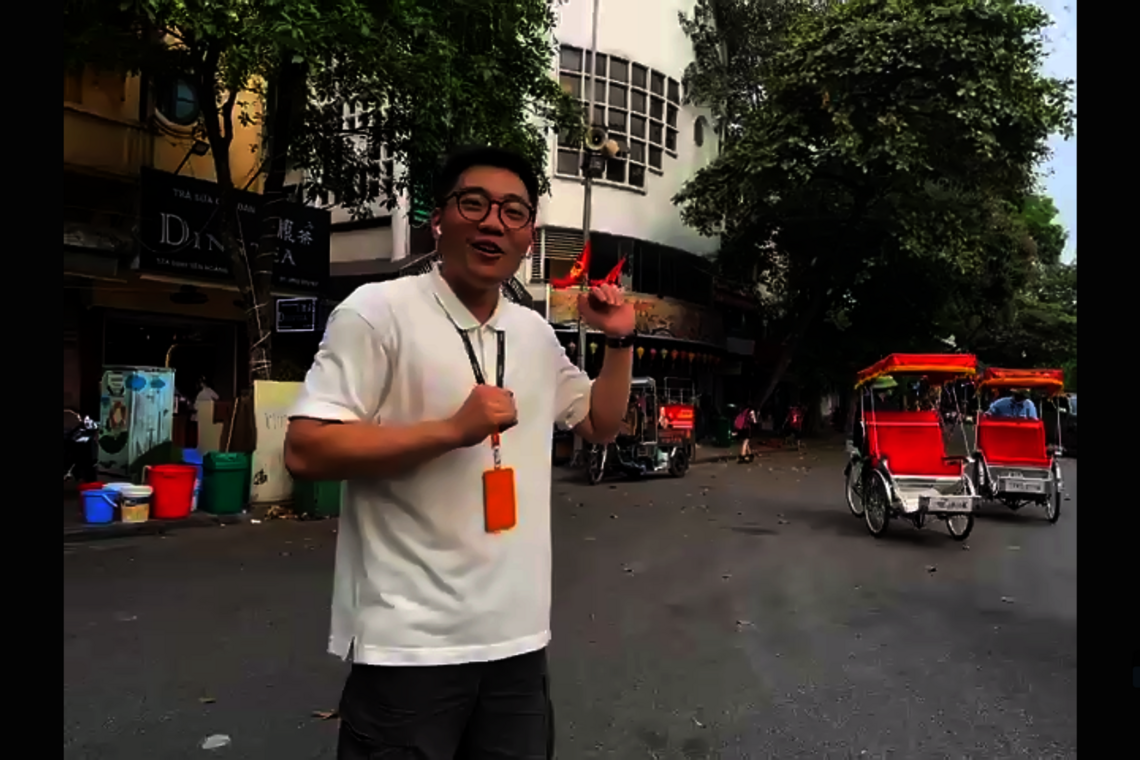 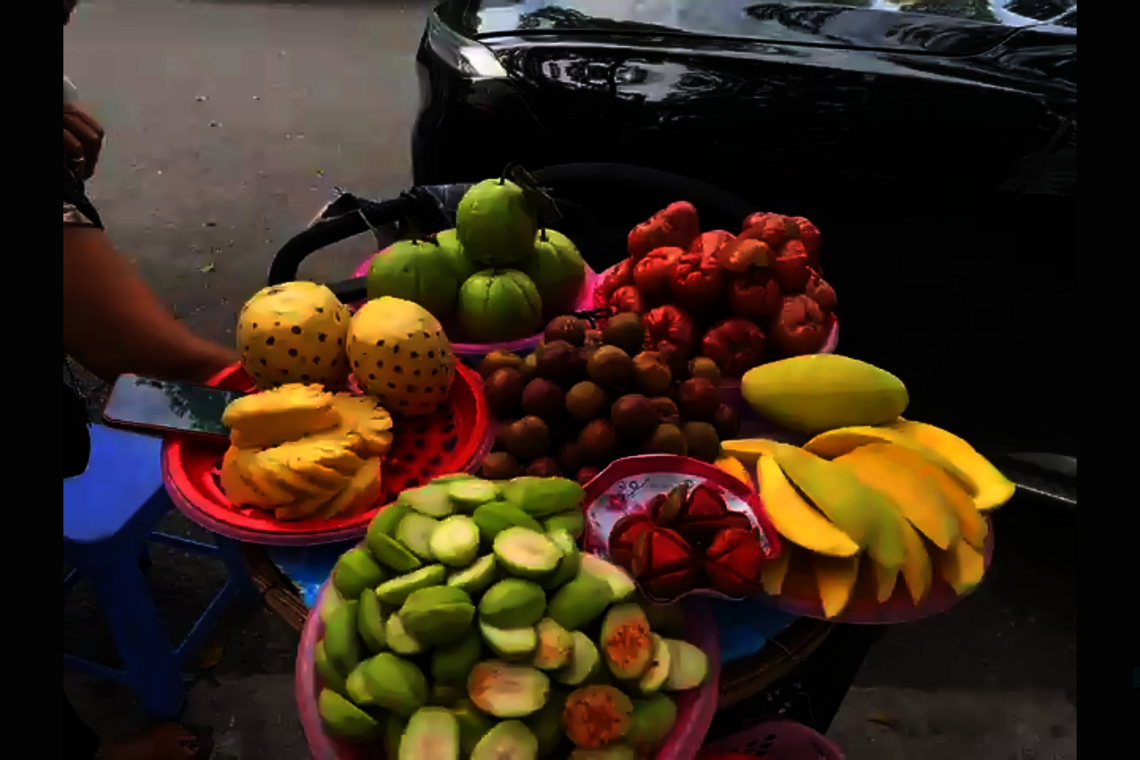 Hanoi's old quarter has undergone numerous changes during its more than 1,000-year history, whether through French colonial rule, wars and the socialist planned economy or through the free-market dynamics and transformation processes since the so-called 'renovation' (Dổi Mới). Today it is famous primarily because of its unique charm, its lively flair and its cultural value. Yet it also faces significant challenges due to the deterioration of buildings, uncontrolled demolitions and new building projects, and socio-economic changes.

While the central focus in the old quarter is on cultural preservation, in other parts of the city the main emphasis is on growth, modernisation and technological progress. New residential areas, metro lines, the electrification of the public transport system and, above all, improved connectivity through the 5G network, which will be commercialised this year, are only some of the numerous measures and goals. A lot has also happened in terms of city planning in Ho Chi Minh City, Vietnam's southern city, as demonstrated by the development of the Quận 2 neighbourhood and the Thu Thiem 2 bridge, which was completed at the beginning of this year. 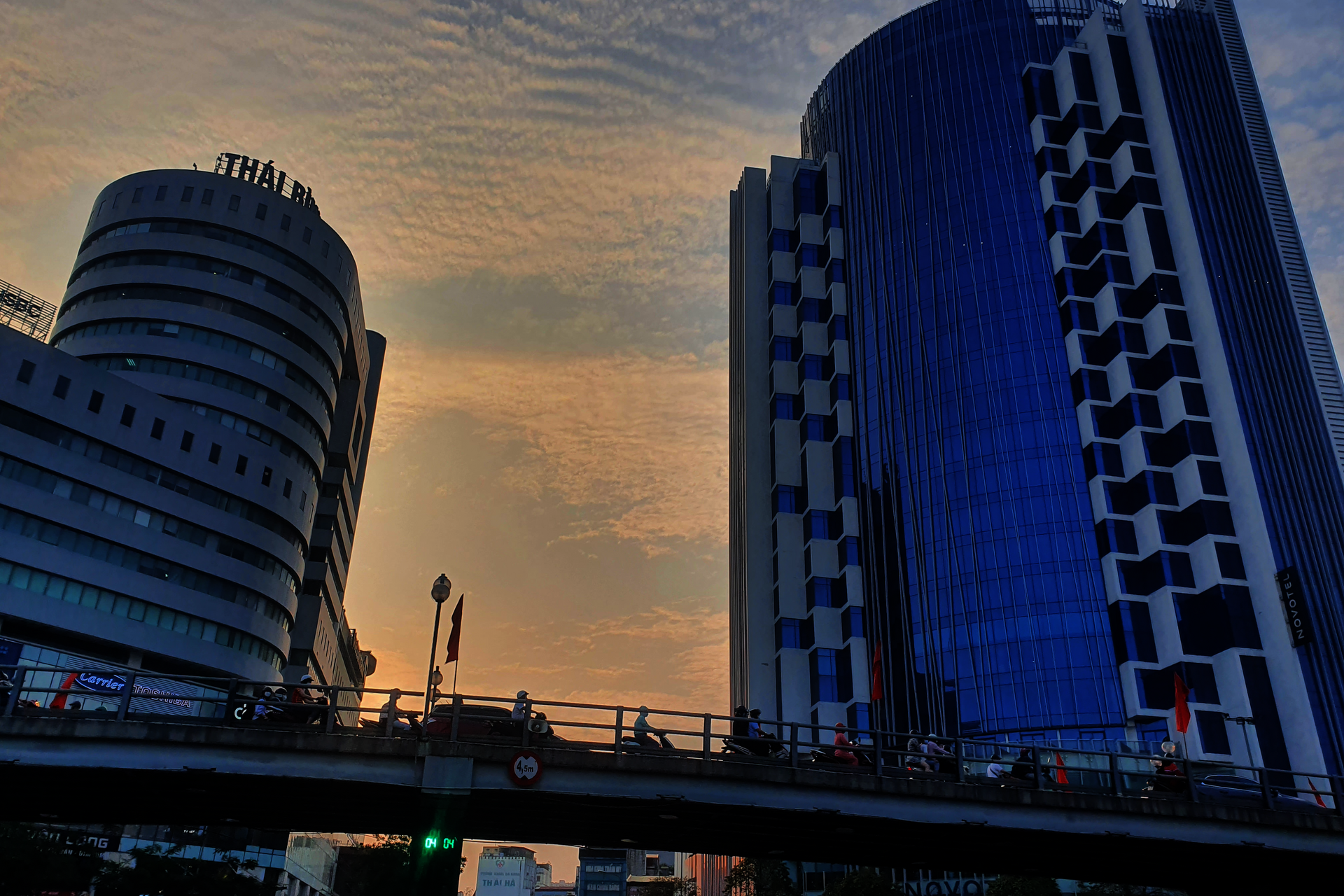 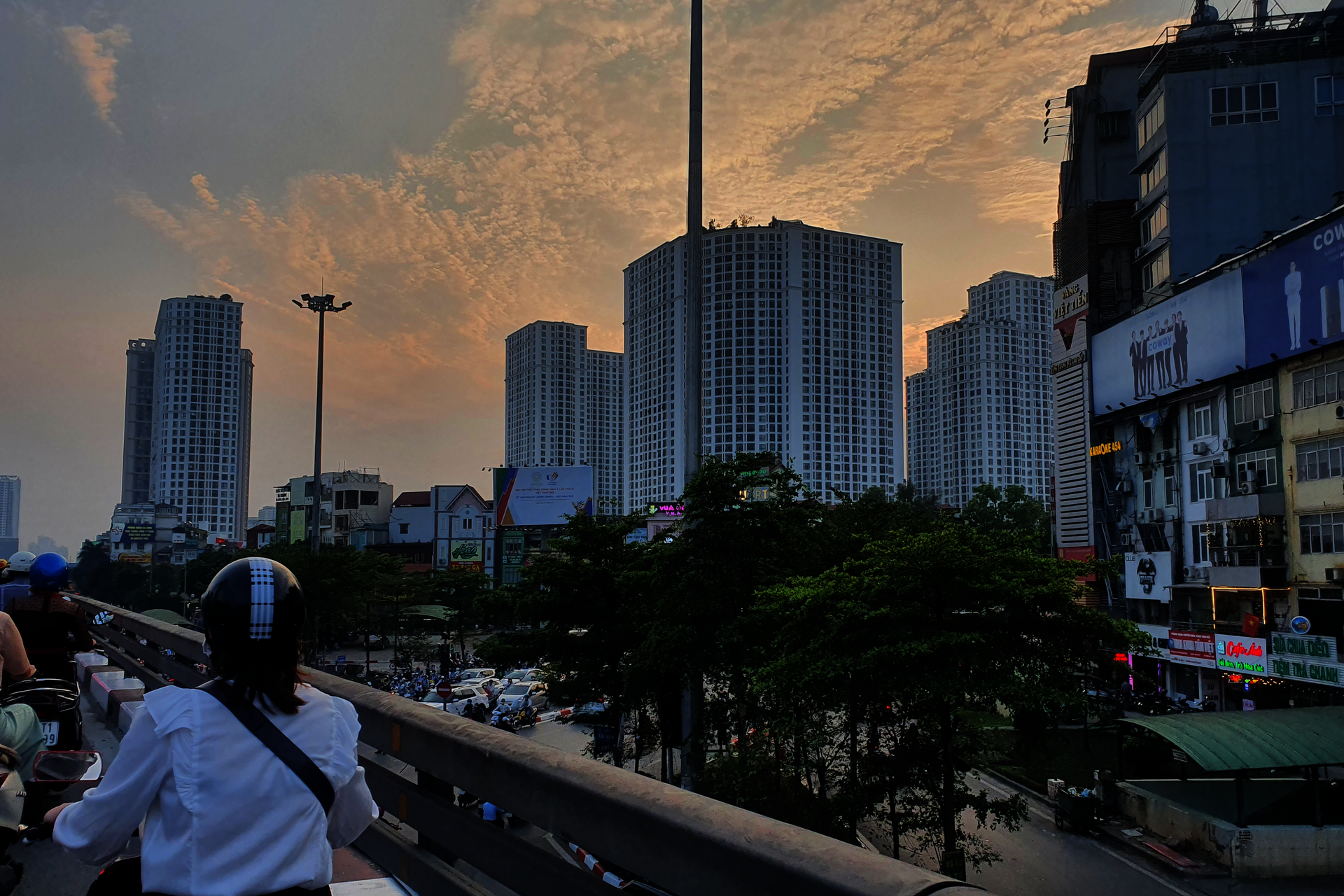 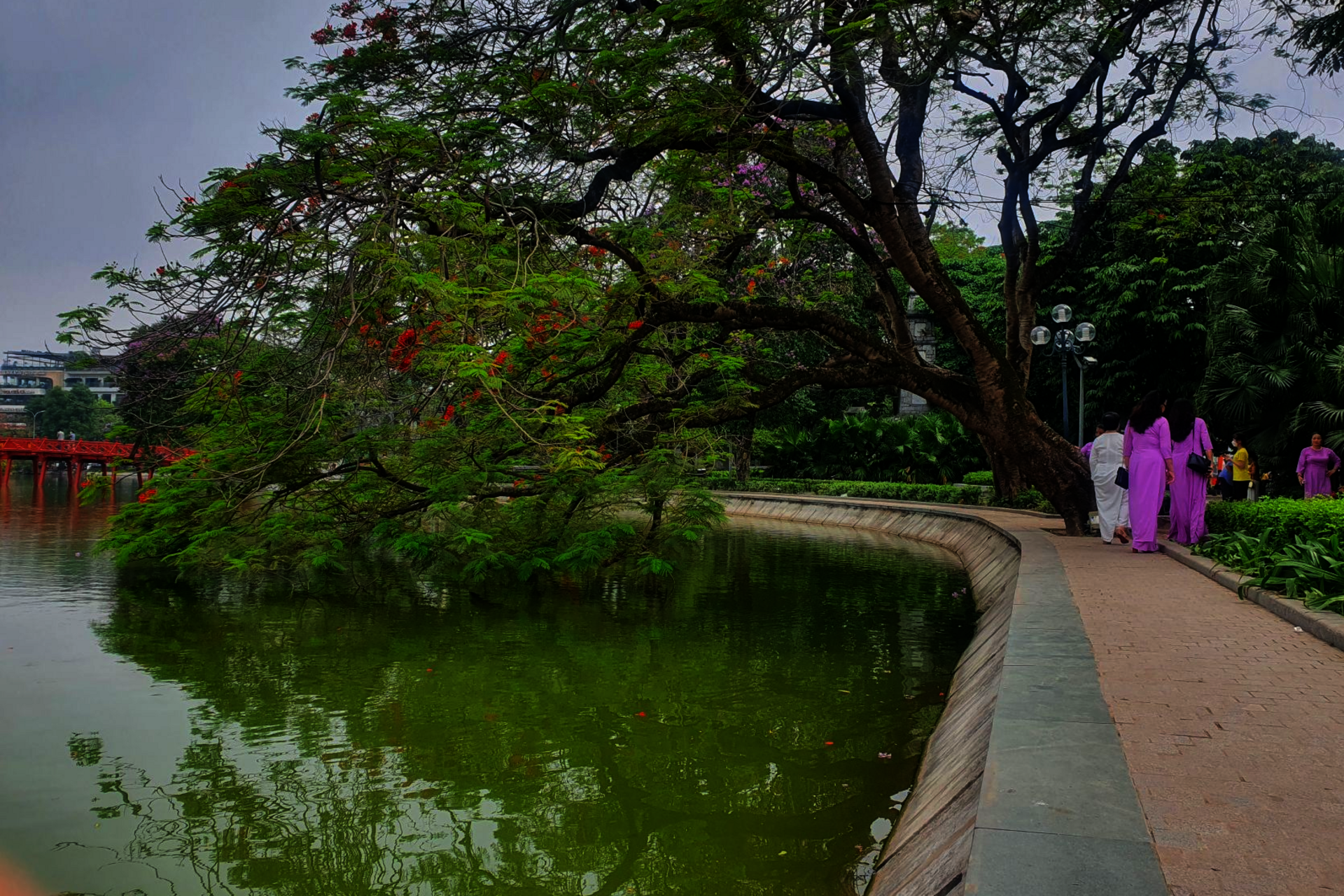 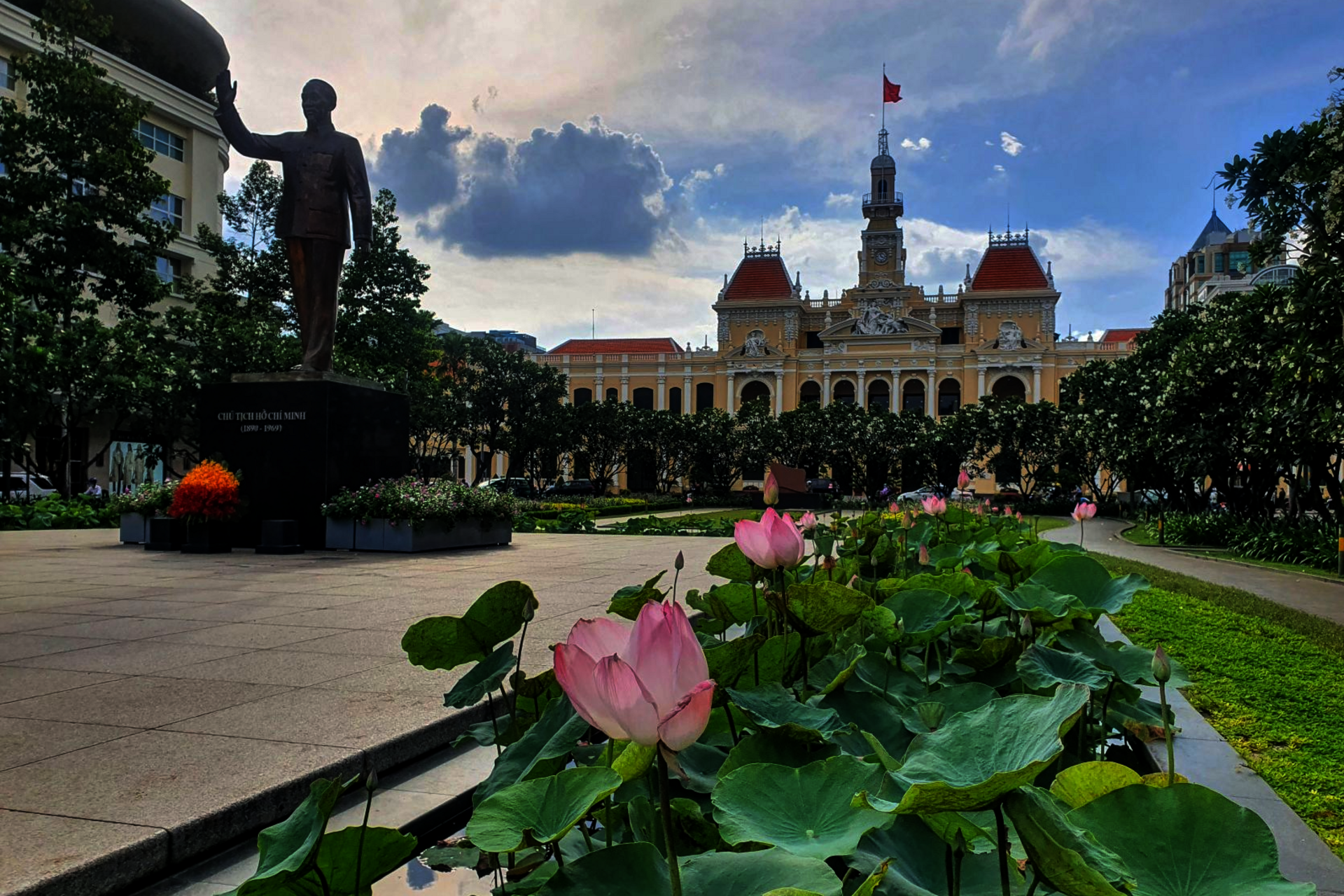 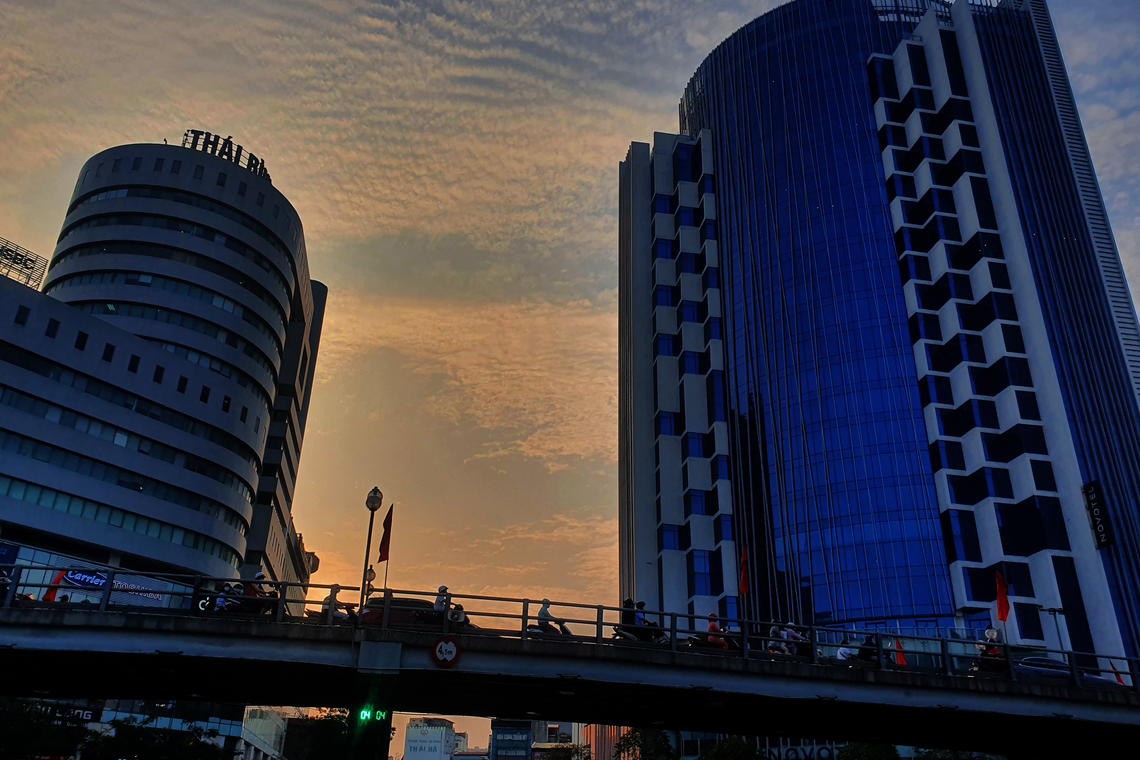 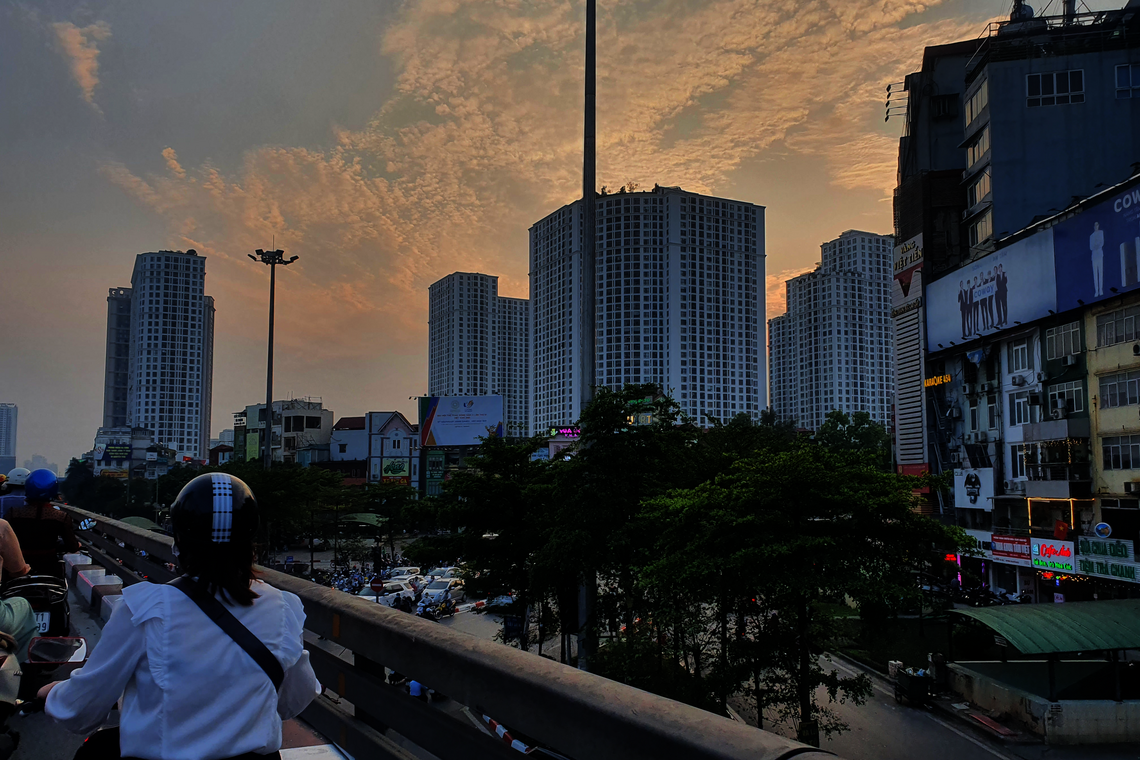 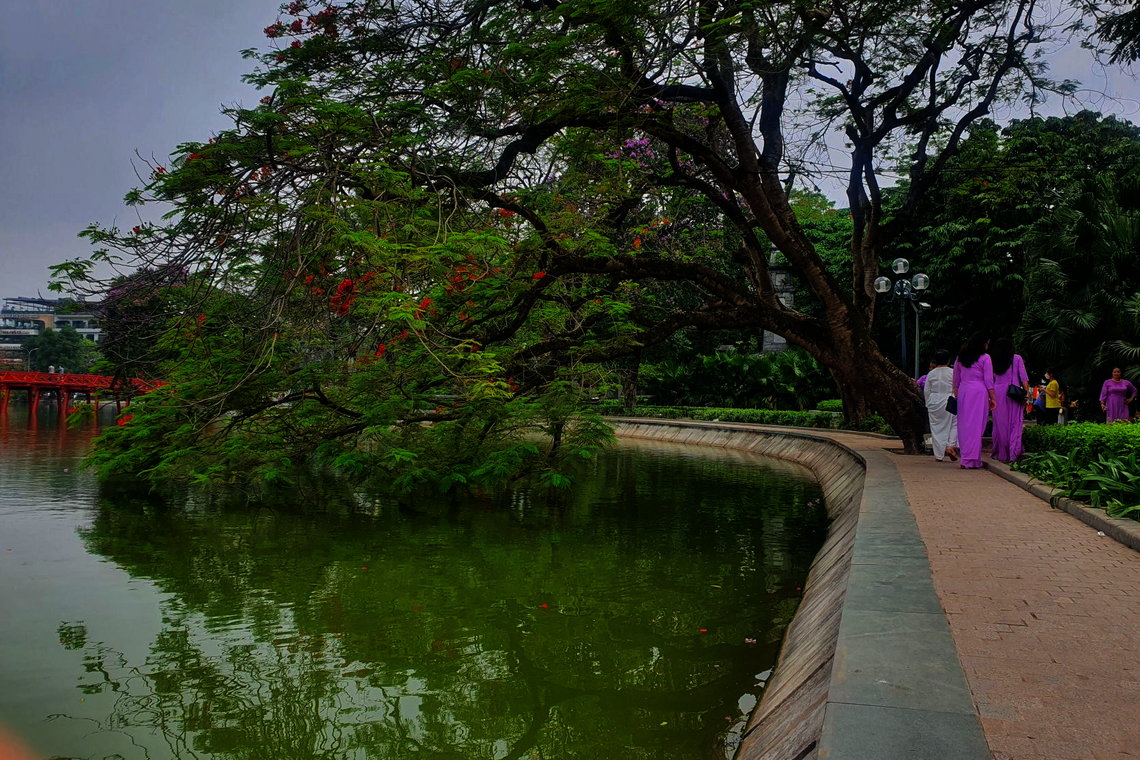 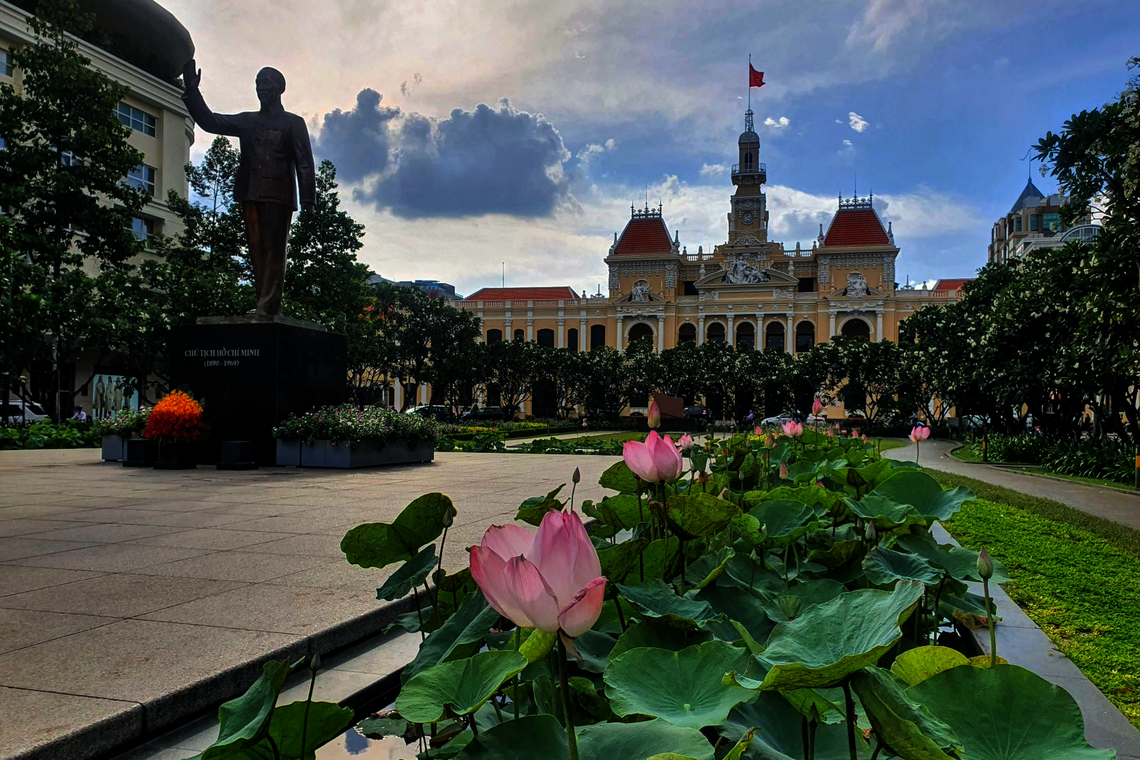 During the project visit, an alumni meeting organised by DAAD Vietnam and titled 'The future of work, studying and science' was held in Ho Chi Minh City, with more than 100 alumni and university representatives in attendance. Keynote speeches highlighted the general challenges currently facing Vietnamese and German universities and the particular opportunities and potential of Vietnamese-German cooperation agreements.

Another trip by project leader Prof. Dr. Dirk Engel is planned for September 2022. He will hold further discussions  with university representatives and industry partners from the project regarding guest professorships, collaborative research and study projects, and internship stays. A block seminar at HUST is also planned as part of this trip. It will build on previous online guest professorships.

For more information on HaMoNee, please see the project website.