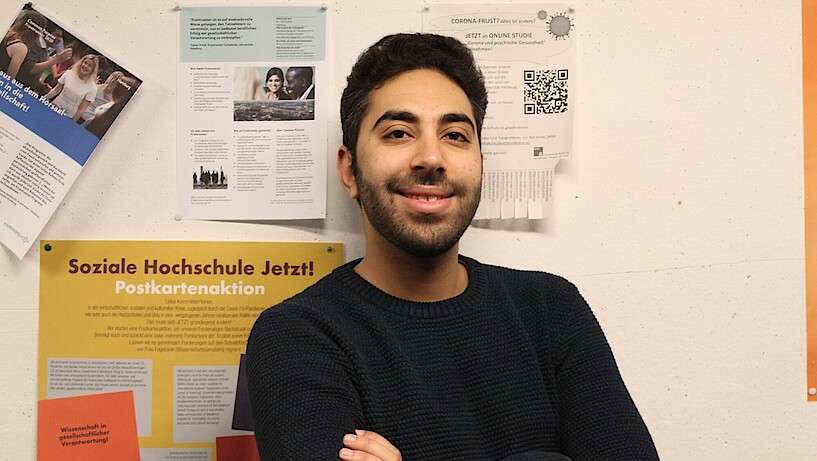 'At first I thought I am not going to stand a chance of receiving the Deutschlandstipendium scholarship. Nevertheless, I applied and gave it a try,' says Information Engineering student Malek Abassi.

Malek has since received the Deutschlandstipendium for a second time, which allowed him to quit his low-paid job – which was not related to his skills – and invest his time in finding a better job within his interests instead. 'The scholarship gave me the time needed to find a job that I really enjoy.'

He is now working 20 hours a week as software engineer, and he loves his job. The company he is working for treats him very well and may offer him a full-time job when he gets his Bachelor’s degree at HAW Hamburg. He's also been given other opportunities by the Deutschlandstipendium sponsors, who have invited him into their talent pool.

Abbassi sounds lucky: 'I was already studying in Tunisia and had a scholarship there, but I didn’t like the study programme.' He looked for other opportunities abroad and found the English-language Information Engineering degree course at HAW Hamburg, which suited his interests much better. He received an acceptance letter and came to Germany. After a tough start with several jobs alongside his studies, he is now able to combine work and study. 'Even after 10 or 12 hours of programming it doesn’t feel like studying because I am doing what I like.'