The over-30-year collaboration between HAW Hamburg and the University of Shanghai for Science and Technology (USST) is being expanded further. In a joint video conference on 20 October 2020, the presidents of the two universities signed a second amendment to the cooperation agreement, setting the process in motion. 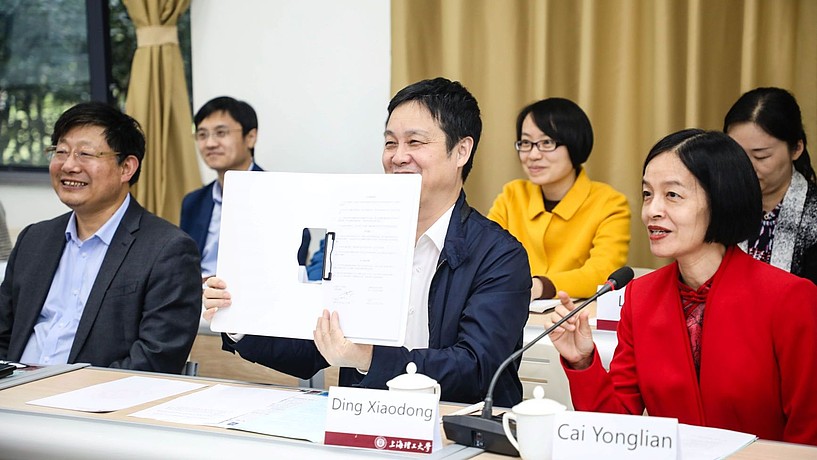 Signing of the second amendment to the cooperation agreement on the operation of Shanghai-Hamburg College (SHC). 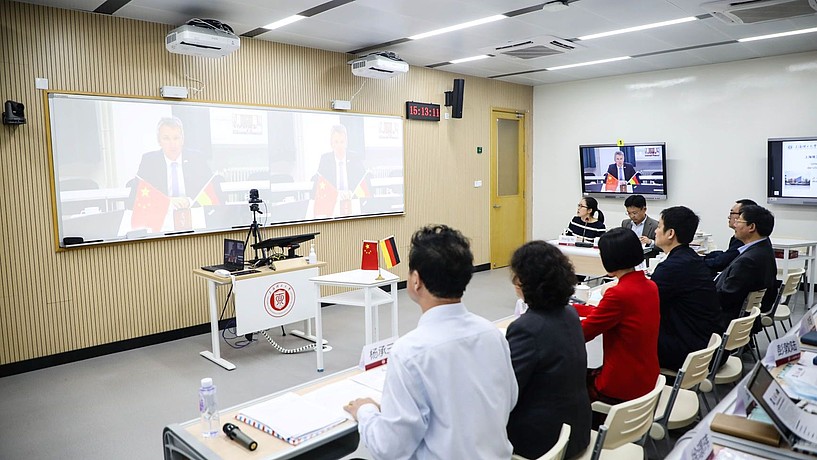 The signing ceremony took place in a joint video conference on 20 October 2020.

Instead of every two years as has been the case to date, students will now be admitted annually to the Electrical Engineering (Automatisation Technology) degree course (B.Eng.), which includes the Goethe Zertifikat B2, as of winter semester 2020/21. Both universities also aim to enable annual admission to the Mechanical Engineering (Manufacturing Technology) degree course (B.Eng.), which also includes the Goethe Zertifikat B2, soon.

Additionally, five of the eight modules taught by HAW Hamburg in both degree courses will no longer be taught in Shanghai, but will instead be taught in compact form over one semester at HAW Hamburg. The additional costs to HAW Hamburg for teaching, laboratory equipment and administration will be financed by USST.

USST president Ding Xiaodong paid tribute to the long-term success of the jointly operated Shanghai-Hamburg College, which has resulted in the successful reaccreditation of all three SHC degree courses, for the third time, until 2025. HAW Hamburg president Micha Teuscher emphasised how important the cooperation agreement is for HAW Hamburg and that the current path of expanding the Shanghai-Hamburg College should continue to be pursued consistently.

Both presidents praised the enthusiasm and commitment of SHC staff from both universities and were in agreement that once the annual admission of students has been implemented the aim will be to develop a joint Master's degree course.