Over the past 15 months our homes have become offices, schools, seminar rooms and lecture halls as well as places of entertainment or worship. Our personal interaction has been reduced to 2-D screen time with the quality of conversation at the mercy of our Internet connection. And in June 2021, our beloved summer film workshop with California State University, Long Beach (CSULB) couldn’t take place in Hamburg for the second year in a row because of the continuing corona travel restrictions. So, Professors Wolfgang Willaschek and Kent Hayward organised a second virtual film workshop for HAW Hamburg and CSULB students, and the resulting short videos were described as 'a quilt of juxtaposed ideas; a sharp, intense insight into their psyche.' 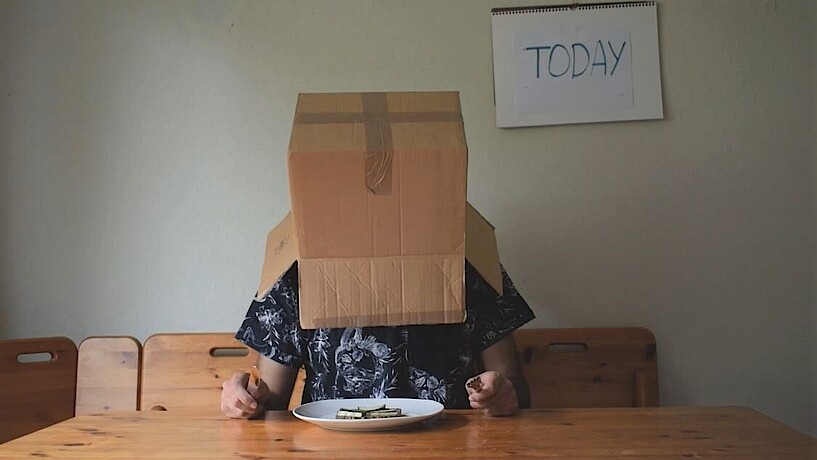 During the four-day workshop, entitled 'Postcards from Home', students were asked to reflect on their home and how their relationship to it has changed during the pandemic. Using the idea of a postcard as a visual, they were to craft a conversation, a dialogue or images in free form. Divided into German-American groups, they created two-minute narratives with personal insights into their thoughts, feelings and fears after months of lockdown. In addition to the individual team work, they received regular input and support from Thomas Oswald, cinematographer and film-maker in Hamburg, as well as from Andrew Pearson and Elyusha Vafaeisefat, lecturers in the Department of Film & Electronic Arts at CSULB.

The trans-Atlantic workshop was a challenge for everyone. Even more so for Tam’s team. The CSULB student was participating from her home country of Vietnam, where she is still in a strict lockdown. So, the team had to cope with the time differences on three continents, instead of just two. But for Tam it was worth the sleepless nights. ‘Even though it was only four days, I learned a lot from the other team members and their perspectives on films and film-making. It was really interesting to collaborate with students from other countries.’

For Sarah (HAW Hamburg) the challenge of the workshop was to bring together the different personalities in the team and ensure that the short film represented them all. ‘It wasn’t just about making a movie. We really got into the nitty-gritty, challenging each other’s ideas and changing things around. We all have very different personalities, so it was a great experience of teamwork, making sure the result made our team stand out.’ For her teammate Chris (CSULB), the workshop added another element: ‘I have a habit of doubting myself, but working with the group has made me feel more confident that people will like my ideas. I have learned to believe in myself more.’

The third team used the creative process to throw ideas at each other, getting lost on the way and experiencing the workshop as a bit of a rollercoaster. Gregory (CSULB) admits he wouldn’t have been able to do it on his own: ‘It was super challenging. Initially, we were all over the place, but then Jacky did a video diary kind of thing and that was the turning point. The group gave lots of constructive criticism and feedback, so it was way better working as a team than working on my own. I didn’t want to let my team down.’ Jacky (HAW Hamburg) agrees and adds, ‘There were lots of ups and downs and I was the only German in the group, but it was great fun and the hard work definitely paid off.’ 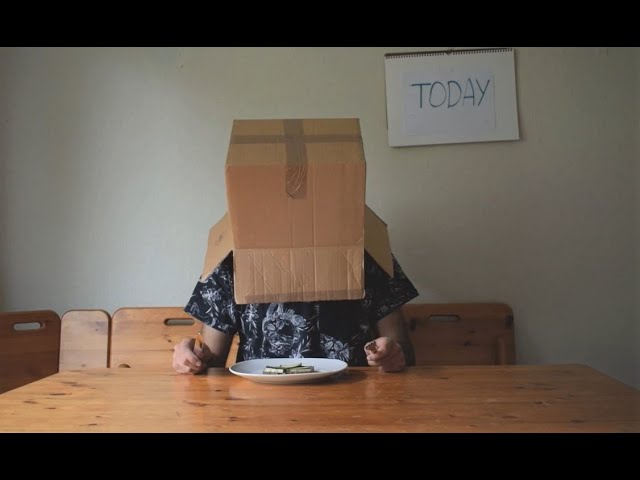 Please note that turning on the video will result in the transmission of data to the third-party provider.

And the feedback from the professors and workshop lecturers confirmed this. Anne D’Zmura, Chair of the Department of Film & Electronic Arts at CSULB, was moved by the short stories and said to the students: 'They are sharp, intense insights into your psyches. This is a universal experience for lots of people and the videos are great metaphors for those closed-off worlds we have been living in.'

Thomas Oswald described the resulting videos as eclectic little films and was touched by the way the students opened a window into their worlds. ‘It was a joy to see what could be achieved in such a short period of time and it was also a real pleasure to work with Andrew and Elyusha.’ Andrew Pearson also had great admiration for the students’ work: ‘It is always daunting to open up to people you have only just met. Your hard work has really paid off.’ And Elyusha Vafaeisefat added: ‘The work is extremely relatable. The frustration and anxiety expressed in the videos capture the emotions that so many people can relate to.’

Online workshop – a piece of the puzzle

And so, another film workshop becomes a piece of the bigger puzzle that is the longstanding cooperation and friendship between HAW Hamburg and CSULB. Or as Wolfgang Willaschek puts it: ‘These workshops are the umbilical cord that ensures the contact across the oceans doesn’t break until we can see each other again in person.’  Kent Hayward, who has made and continues to make so much possible for film students on both sides of the Atlantic, describes online workshops as ‘jumping into a swimming pool in the dark.’ But at the end of the day, he adds: ‘Film-making is about problem-solving and it has been really cool to see the students working together. They created a quilt of juxtaposed ideas. That is what cinema is all about.’

For Andrew and Elyusha it was the first time working with HAW Hamburg and they were both impressed. ‘We learned from the students as much as they may have learned from us. Their work was truly motivating, impressive and inspiring. Elyusha adds: ‘These types of workshops are important not only for networking and learning during these difficult times but also giving students the platform to express themselves through art. To push students to their limits and to challenge them. We see that even in an online format, we can still share our stories and ideas. Film-making as an artform continues to evolve and we must evolve with it.’

Thanks: This joint virtual workshop would not have been possible without the extremely hard work and support of Martina Hentig, Andreas Rippert and Ole Christiansen, academic and student assistants of the Media Technology Production Lab at the HAW Hamburg Campus Finkenau. We are extremely grateful.

The university cooperation is an important part of the 'HAW goes USA' strategy. Since 2017 the film exchange between HAW Hamburg and CSULB has been recognised by the Germany Academic Exchange Service (DAAD) as a strategic partnership. HAW Hamburg receives ISAP-funding for scholarships and travel grants. www.daad.de/isap This workshop was made possible by this funding.

Thomas Oswald (Hamburg) is a cinematographer, director of photography and film-maker. Since studying at the HfbK Hamburg with Wim Wenders, he has taken on the image design for a wide range of projects, from documentaries to commercial projects to experimental works. Thomas loves variety. Each project is unique and requires a new approach. What is always consistent, however, is Thomas's empathetic eye and love of images. In addition to his work as a cinematographer, Thomas develops and produces his own feature-length documentaries: thomas-oswald.com

Andrew Pearson (CSULB) earned his MFA in Cinematography at Chapman University’s Dodge College of Film and Media Arts (2018) and his BA in Film Production at California State University Long Beach (2010). In addition to teaching at CSULB, Andrew works as a freelance cinematographer, camera operator and camera assistant. He is an avid cinephile. He has worked as a director of photography on a variety of film projects from documentaries to narrative short films, music videos and promotional spots.

Elyusha Vafaeisefat (CSULB) is a producer, film-maker and educator. In addition to teaching at CSULB, Elyusha has taught film-making and media studies courses at UCLA and other colleges. He has produced feature films, short films, documentaries, commercials and music videos. He has also worked in story development, marketing, international sales and distribution for several studios and production companies, such as REVELATIONS ENTERTAINMENT, UNIVERSAL STUDIOS and J.J. Abrams' BAD ROBOT. Additionally, he has consulted on and co-developed projects for NETFLIX and ESPN's acclaimed '30 for 30' series. Elyusha is a graduate of CSULB and UCLA's School of Theater, Film and Television.