back
HAW Hamburg and the war in Ukraine

Additional funding for the Scholars at Risk project, a call for instructors in the Faculty of Life Sciences and the 'Hamburg Science Bridge' are providing support for scholars impacted by the Ukraine war. As a result of these efforts, two women came to HAW Hamburg in March. Dr. Maria Fedoruk had already visited HAW Hamburg as a doctoral student in 2017. After fleeing Ukraine, she is now conducting research at the Life Sciences campus. 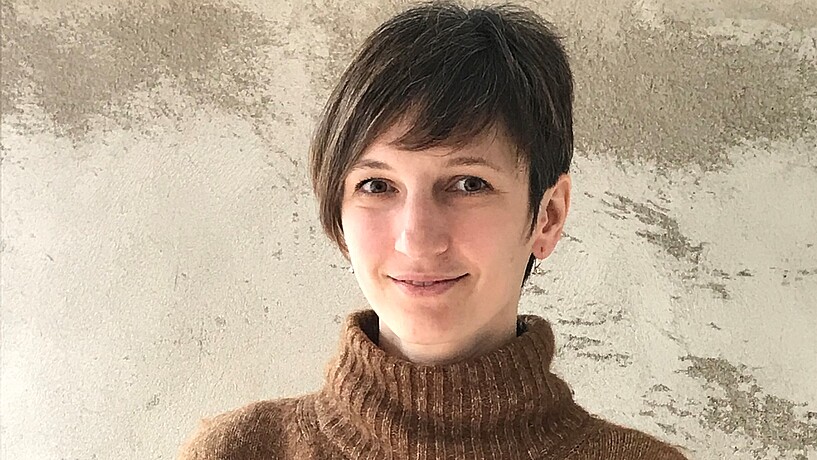 In 2017 Dr. Maria Fedoruk, then a doctoral student, visited HAW Hamburg for the first time.

The young woman at the table in the cafeteria could be a normal student or an academic staff member at the Bergedorf campus. She sits upright and brushes her bangs from her forehead from time to time, focused on the person across from her. She wants to tell the story of having to flee the Ukraine in order to draw attention to the situation facing people there. She feels that she owes this to her country and above all her husband, who has joined the war not as a soldier but as a volunteer.

The idea of coming to Hamburg at short notice came from Professor Walter Leal, head of the Sustainable Development and Climate Change Management Research and Transfer Centre in the Faculty of Life Sciences in Bergedorf. The two knew one another through a joint research project. Directly after the war broke out, Prof. Leal wrote to his colleagues in Ukraine and offered his support.

The young academic had already visited HAW Hamburg in 2017 as a doctoral student in ecological economics. 'It is very strange for me to sit here in the same cafeteria today as a refugee,' she says. At that time she was working with Prof. Leal in the LARS  research project. Afterwards she returned to Ukraine and completed her PhD at the Ukrainian National Forestry University. In 2019, her son Luca was born.

We could sense that war was coming and were only unsure about when. This feeling had accompanied us non-stop since 2013.

'It was a busy time,' she says. 'We were planning our life, and we wanted to buy a house.' She took a position with the local NGO Teple Misto, which uses donations to make investments in the environmental sector and maintains an international network of sponsors, donors and academics. The 2013/14 revolution changed her family's life: 'It was the beginning of a war – a real war in eastern Ukraine with bombs and military deaths.' Her circle of colleagues talked about an actual war by Russia against Ukraine. 'In January 2022, I had been away from work because my son was ill for a longer period of time, and when I returned to my workplace I was horrified to see how this mood had taken hold. We could sense that war was coming and were only unsure about when. This feeling had accompanied us non-stop since 2013,' she says.

Almost overnight and shortly after the war broke out, she fled her home city of Ivano-Frankivsk in West Ukraine with her two-year-old son, Luca, and her 75-year-old mother. 'My husband came with us at the beginning. Then he went back to fight against the Russians. He is an engineer and is actually exempt from military service for medical reasons, but he decided to volunteer to fight.' She says it is hard to explain to her son where his father is. 'He asks about him all the time. Thank God my mother is here. She comforts us by caring for him. That's also why I can be here today.' Some of her colleagues from the NGO are still in Fedoruk's home city. 'They are now using the network for refugees and trying to organise aid convoys and accommodation,' she says. 'We've changed direction at the flick of a switch.'

I'm a modern woman with European ideas! I can't live in a dictatorship. We Ukrainians are standing up for a democratic republic. That's what we're fighting for!

Dr. Maria Fedoruk is now working in the research project 'The ecological impact of the Russian war in Ukraine' at the Sustainable Development and Climate Change Management Research and Transfer Centre.

At the Faculty of Life Sciences in Bergedorf she is now working on another research project with Prof. Leal at the Sustainable Development and Climate Change Management Research and Transfer Centre: The ecological impact of the Russian war in Ukraine. 'The Russians have already occupied many nature reserves, contaminating them with chemicals and distributing mines and weapons. A great deal has already been destroyed. We want to document and investigate this,' she says. She can't imagine life in a Ukraine occupied by Russia. 'I'm a modern woman with European ideas. I can't live in a dictatorship. We Ukrainians are standing up for a democratic republic. That is what we're fighting for!'