US billionaire Elon Musk's takeover of Twitter has generated significant discussion about the future of the online platform: Does it still make sense to have a Twitter account, and which direction will the platform take? Prof. Dr. Christian Stöcker, cognitive psychologist, journalist and head of the Digital Communication Master's degree course in HAW Hamburg's Department of Information, explains the impacts of the Twitter takeover in an interview. 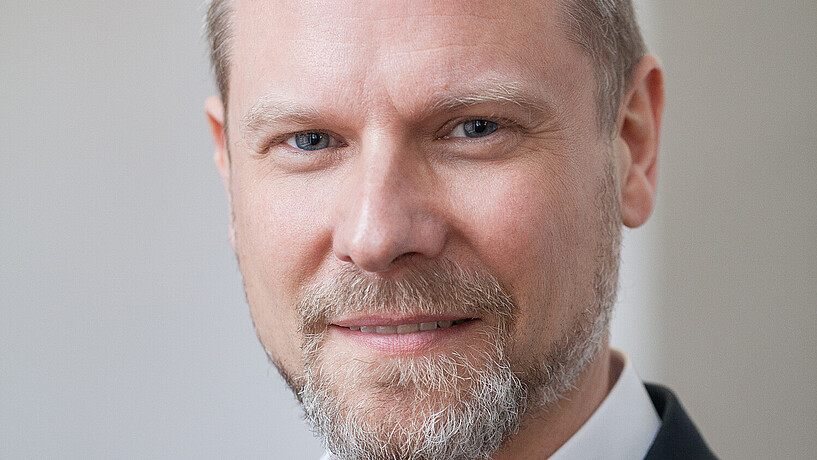 Prof. Stöcker, the fact that online and social media platforms as well as print media outlets are owned by one or only a few main owners and thus represent a particular political and social perspective is nothing new. Why is Elon Musk's takeover of Twitter currently generating so much discussion?
Prof. Dr. Christian Stöcker: Musk himself has repeatedly made explicitly political statements on Twitter, both before and directly after the takeover. For example, in the run-up to the congressional elections in the USA in November, he made a concrete voting recommendation in favour of the Republicans. This is something that other founders of social media platforms or search engines have never done in this way. Also, Twitter is now a private company, which means it is not subject to the usual oversight by the supervisory bodies that are in place, for example, at publicly listed companies.

In the past, Musk has also sometimes expressed his own political ideas in, let's say, a dramatic fashion – for example, when he criticised Canada's prime minister, Justin Trudeau, using a Hitler meme: a picture of Hitler with text that was intended to be funny. Additionally, at least in functioning media companies, the editorial department should actually be independent from the owner and the business side of the publishing house. The Washington Post didn't become an advertising leaflet for Amazon following the takeover by Jeff Bezos, but has instead remained an independently functioning publication. There are well-founded suspicions that Musk could make extreme political positions more acceptable at Twitter under the guise of what he considers to be freedom of speech. To date such positions have been blocked by Twitter's code of conduct – for example, because they include derogatory comments, calls to violence or racist, sexist or otherwise discriminatory statements.

You yourself are a Twitter user and have thousands of followers. How do you think things will develop at the popular online platform? Do you see Musk's actions more as destructive or as necessary change?
Christian Stöcker: I don't want to risk making a prediction at the moment, but so far Elon Musk has definitely damaged more than he's fixed. He fired thousands of employees and then had to ask some of them to come back to the office because they were essential to the platform's operation. According to reports, several thousand people working as freelancers for the company, many of whom were reportedly responsible for content moderation, were also let go from one day to the next without an explanation and without notice. Many advertisers, including very large, international companies, have turned away from Twitter. And numerous employees in management positions have quit of their own accord because they disagree with the seemingly chaotic way in which the company is being managed.

Directly following Musk's takeover there was a measurable increase in the amount of hate speech and in derogatory, racist terms in tweets. The back and forth around the verified accounts marked with a blue check is unheard of in the history of social media. One after the other, changes have been implemented and then reversed shortly afterwards. In mid-November the stock value of at least two US companies plummeted after fake accounts in their names – which had been assigned a blue check for a fee rather than the usual identification check for verified accounts – spread false stock-related information. The amounts here were in the billions of dollars. At the moment many long-term Twitter users are watching these events with increasing disbelief and concern. It is not completely unlikely that Musk will drive the company into bankruptcy if things continue like this. His approach does not appear to be strategic or well thought out.

The general uncertainty among the users has led to discussion of Mastodon as an alternative to Twitter. Is this tool a serious and data privacy–compliant alternative to Twitter?
Christian Stöcker: Mastodon offers most of the same functions as Twitter, but it is based on a decentralised infrastructure. This means that anyone can operate their own Mastodon server using the open-source code. There are both advantages and drawbacks to this: it is very easy to set up additional Mastodon entities, and everyone who registers there can communicate with everyone else via all the Mastodon servers. Some of Twitter's functions are still not available, but that could be addressed. The bigger problem, given the huge growth currently taking place, is actually something else: a decentral infrastructure consisting of many smaller entities, some of which are run by only one or two people, will reach its limits quickly, both in terms of the physical infrastructure and in terms of oversight and data privacy. The same thing that Twitter is currently being accused of – the absence of stringent moderation – will almost certainly happen at Mastodon, because the operators of smaller entities won't be able to keep up with the moderation and there is not a consistent set of regulations.

A public, contribution-based or donation-funded version of Mastodon, or a system in which trustworthy institutions such as universities operate their own entitities in compliance with the law could, however, be a sensible mid-term solution – not just for the problems facing Twitter but also for commercial social media services in general. These types of alternative models to commercial social media platforms have emerged again and again but have never become established. It remains to be seen how Mastodon will develop. I set up an account there quite a while ago, and so far the discourse there is still more civilised than on Twitter.

Elon Musk says the official verification of accounts using the blue check will prevent fake accounts in future. What is your take on this?
Christian Stöcker: At the moment this is definitely not the case, as the recent examples outlined above have shown. The blue check that was available to purchase for a short amount of time has nothing to do with verification, aside from the fact that the person who acquired it has entered a form of payment. This is something completely different than the verified accounts programme implemented in 2009, which really was intended to protect the accounts of public figures, companies and others, as well as their audiences, from fake accounts.

Since then, verification has indeed contributed to at least somewhat increasing Twitter's reliability, even though there were fewer than 500,000 verified accounts around the world when Musk took over the company. Distributing misinformation using fake but supposedly verified accounts suddenly became much easier after Musk's transformation of the blue check to a monetisation tool. Consequently, the option of buying a check was temporarily deactivated and a grey check was implemented for those accounts that had actually been verified, but that was then deactivated as well. At the moment it is really difficult to keep track.

What can the EU or Germany do overall to counter fake news and conspiracies on Twitter?
Christian Stöcker: From a legal perspective, the EU in particular already has diverse tools at its disposal, such as the General Data Protection Regulation and the new Digital Services Act, to legally require companies like Twitter to uphold particular standards. High-ranking EU representatives indicated as much publicly directly following Musk's takeover. Research funding is currently being directed towards the development of tools to recognise coordinated misinformation campaigns, as well as towards the development of teaching and professional development materials and measures that could make society as a whole more resilient to misinformation and conspiracy theories.

Those of us in the Department of Information are also involved in several such projects, together with partners in academia, civil society and the digital and media sectors. There is now a well-networked scene of actors from different areas, internationally and especially in Europe. The problem is recognised and is being addressed, but this will take time. The ideal option would likely really be a publicly funded communications infrastructure that is independent from state interference but is not subject to the principles of commercial social media platforms. Because from the research we now know one thing virtually for certain: the sorting mechanisms and user interfaces of these platforms, which are optimised to maxmise the amount of time that people spend using them, are unfortunately an ideal breeding ground for everything that people find enticing and exciting. In this type of ecosystem, those spreading misinformation have it easy. This is the built in collateral damage of this business model.

In recent years Twitter has established itself as a central online platform for political and societal debates. Election campaigns and important social discussions have been carried out under the banner of hashtags such as #metoo and #blacklivesmatter. Yet even in the daily communication of companies, private users and journalists – as well as university communication – it is difficult to imagine not having the microblogging service as a source of information and as an academic channel. Now Elon Musk has taken over and begun to modify the platform. New stories about how he wants to develop the service in future are being published daily. This is causing uncertainty among users and advertisers, and many people are asking what's going to happen next at Twitter.

Research projects in the Faculty of Design, Media and Information's (DMI) Department of Information

Media use and media literacy in the digital age – #UseTheNews